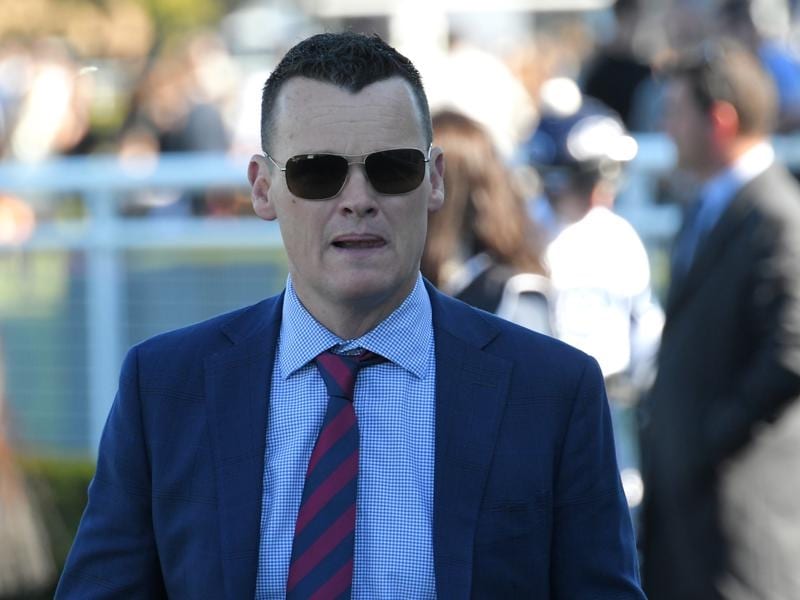 Trainer Joe Pride has been tasked with reinvigorating Chauffeur and hopes to succeed at Randwick.

Joe Pride is on a mission to help the nomadic Chauffeur rediscover his racing mojo by injecting some fun into his training regime.

And he hopes to see the fruits of his labour when Chauffeur contests the Ranvet Handicap (1200m) at Randwick on Saturday.

A talent as a two and three-year-old, Chauffeur won on debut and was placed in the 2017 Magic Millions Classic and Group Three San Domenico Stakes.

He has changed stables five times since then and notched just one other win, bobbing up at Flemington earlier this year for now-disqualified trainer Darren Weir.

Renowned for his ability to reinvigorate older horses, Pride has had great results with the likes of Destiny’s Kiss and Vision And Power and he has high hopes he can work his magic with Chauffeur.

“He is pretty laid-back and casual. He just goes through the motions and I’m letting him do that,” Pride said.

“I often find that’s the key to these older horses.

“He was a good two-year-old and he’s had a lot of hard track gallops so that’s the last thing he needs.

“I’m just trying to make it fun for him and I think he is just starting to come round to my way of thinking.”

Chauffeur has finished fourth at both runs for Pride, the latest an eye-catching effort behind Spending To Win in the Listed Starlight Stakes (1100m).

He reverts to benchmark grade at Randwick and Pride has put the horse on notice as he eyes off a trip to Queensland.

“He took close enough to his A-game to Rosehill the other day without luck,” Pride said.

“It’s a nice drop in grade for him and he’s got a point to prove.

“I want to take him up for the Snippets at the Magic Millions carnival so he needs to do something.”

Pride confirmed Passage Of Time would back up from his unplaced showing last weekend and expected the horse to bounce back to form in the December Handicap (1400m).

The gelding was blocked for a run for much of the straight and resented having limited galloping room.

“It looked like he was getting the suck run behind them but he’s not a horse who has enjoyed that in the past,” Pride said.

“He is a massive, free-striding horse and he just wants a bit of room and he didn’t get it.

“He only got beaten two-and-a-half lengths so it’s not much of a margin to turn around.”

Tahsin and Arraignment will clash in the final race with Pride saying both are capable of winning on their day, while Tamarack has been scratched from Randwick and will instead tackle the Group Three Summer Cup (2000m) on Boxing Day.