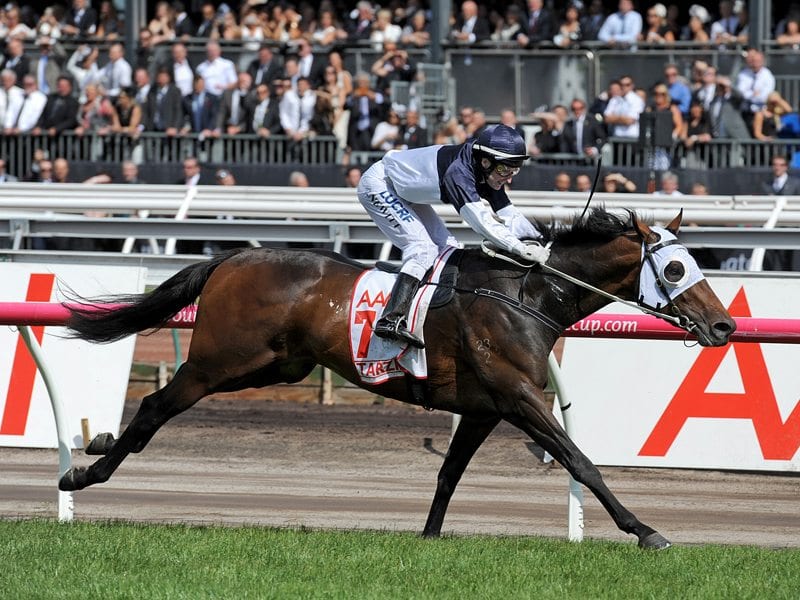 Mick Price has won 28 Group One races and is considered among the country’s elite trainers.

He has prepared an Australian Horse of the Year in Lankan Rupee and been close to winning Australasia’s weight-for-age championship, the W S Cox Plate, when Pompeii Ruler was beaten in a three-way photo finish a decade ago.

On Saturday, Price will break new ground when he saddles up Tarzino in the $3 million Caulfield Cup.

The four-year-old will be Price’s first starter in the biggest race on his home track.

In the past decade the trainer’s 10 Group One wins at Caulfield include the Blue Diamond Stakes quinella with Extreme Choice and Flying Artie this year, while Pompeii Ruler won an Australian Cup in 2007 when Flemington was undergoing renovation.

Tarzino, the Victoria Derby and Rosehill Guineas winner, was the long-time favourite in early markets on the Caulfield Cup but has fallen down the pecking order and is at $21 after four unplaced runs this spring.

Price admitted his confidence was dented when Tarzino finished sixth in the Turnbull Stakes in his final Cup lead-up when the trainer felt he was entitled to run into third.

But he maintains Tarzino is still capable of showing up in the Cup and hopes he gets the conditions to suit.

Price hopes the surface just has enough give in it that Tarzino will let down like he knows he can at the end of 2400m.

“I was very happy with him until the Turnbull when he shaped up outside Tally and then got on one rein and hung in a bit. The track just started to find him out a bit,” Price said.

“The horse looks good. He’s an entire and I just thought that harder track, for the first time, he just started to feel.”

He said the horse worked well on the steeple grass at Caulfield on Tuesday.

“He looks great and is absolutely hard-fit,” he said.

“I’d just love the track rating to be right for him but I’m really looking forward to the 2400 metres, and I want to progress to the Melbourne Cup but we’ll make a decision after Saturday.

“The mile and a half is good. Barrier four is good. And if the track has just got some give in it, I think he’ll run a really good race.”

“These two races (Caulfield and Melbourne Cup) are the two races he’s been set for the whole way along. He gets back to handicap conditions over a mile and a half,” Newitt said.