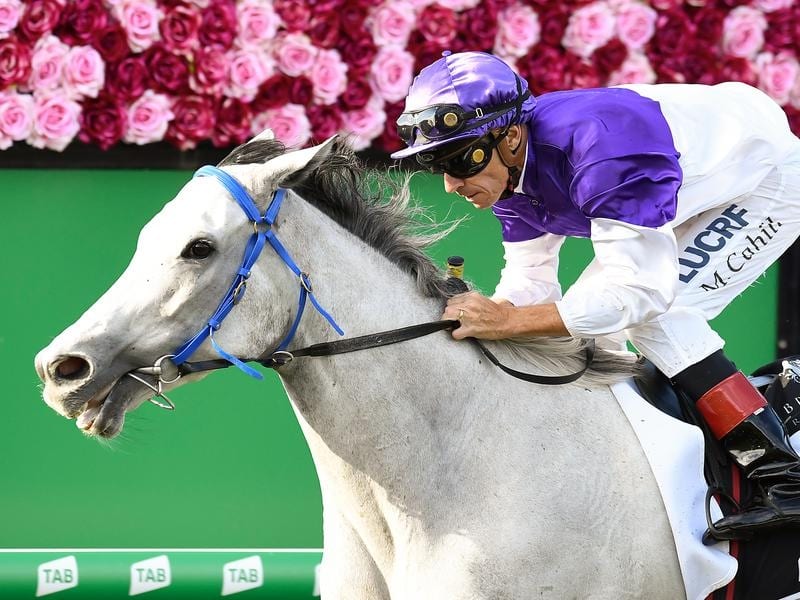 The Candy Man has stretched his winning sequence to seven in claiming the Group Three Premier’s Cup.

A Class Five win at the Gold Coast one week, a win in the Group Three Premier’s Cup at Eagle Farm the next.

That’s the dramatic transition The Candy Man completed in the space of seven days when he successfully rounded off his Brisbane Cup preparation at Eagle Farm on Saturday.

Trainer Barry Baldwin acknowledged the path he has taken with The Candy Man might be considered unconventional by some but it was part of a well constructed plan.

“Last week we didn’t want to start him in town with 62kg and we decided to go with the easier option which had him fit for today,” Baldwin said.

“I might have to change his name to Jack And The Beanstalk now because he just keeps climbing higher.”

Baldwin confirmed the Group Two Brisbane Cup (2400m) at Eagle Farm on June 8 will be The Candy Man’s final run this campaign before he heads to the spelling paddock.

Baldwin won the 2006 Stradbroke Handicap with La Montagna but said Saturday’s win with The Candy Man was almost as thrilling.

“I’d say this and the Stradbroke would be two of my best wins,” he said.

“This was only a Group Three but it gives you a lot of satisfaction to see him put together seven wins in a row.”

Cahill was confident of victory aboard The Candy Man when he spotted a gap in the straight.

“As soon as that gap appeared he had the race won,” he said.

“He’s got a terrific will-to-win. When you ask him for an effort his response is immediate.”

The gelding races in the colours made famous by another grey, Gunsynd, who captured the hearts of race fans in the early 1970s.