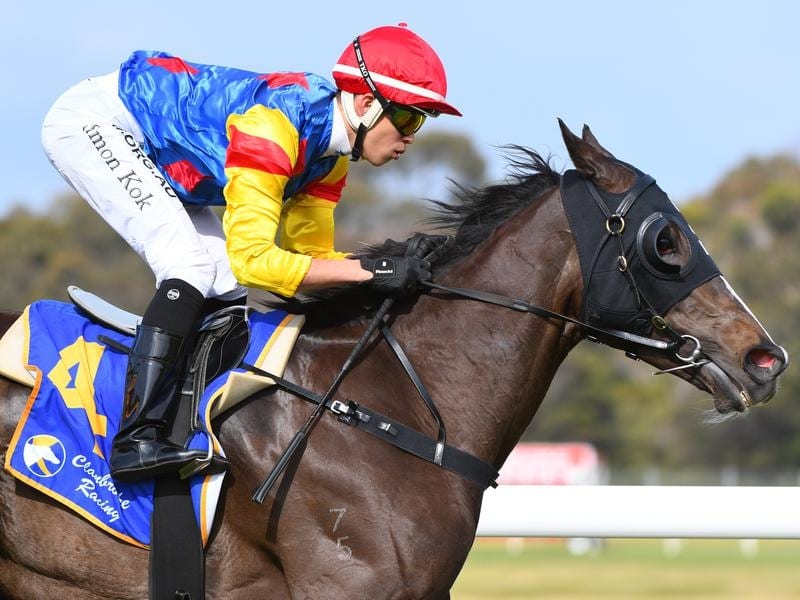 Ben Hayes hopes Pierrless can eventually go on to stakes races after her third win in a row.

Lindsay Park-trained mare Pierrless has continued her rise through the grades with an all-the-way victory at The Valley to complete a winning hat-trick.

Pierrless added Saturday’s Ladbrokes Back Yourself Handicap (1600m) to previous wins at Mornington and Sandown.

Crossing to the front under apprentice Lewis German, Pierrless ($10) scored by 1-1/2 lengths from Pina ($10) with the $2.90 favourite Seababe a long-head away third.

The victory brought up a winning double for Lindsay Park after Cassius won the Chandler Macleod Handicap under Luke Nolen.

Co-trainer Ben Hayes said there was no big plans for Pierrless, adding the filly had done a great job this preparation.

“I thought Lewis rode her great as she can be a bit tricky,” Hayes said.

“She can get a bit strong in her races, but he got her to relax and like in her last win at Sandown she floated for a little bit before finding again to win well.”

Hayes said the stable would look at upcoming races to find a suitable assignment in a bid to extend the winning sequence to four, while at some stage hoping Pierrless can rise to stakes company.

“She is very well bred so at some stage it would be nice to get her some black type,” Hayes said.

“She’s now a Saturday city winner so maybe there might be a stakes race in Adelaide during the Cup carnival that we could find for her.”