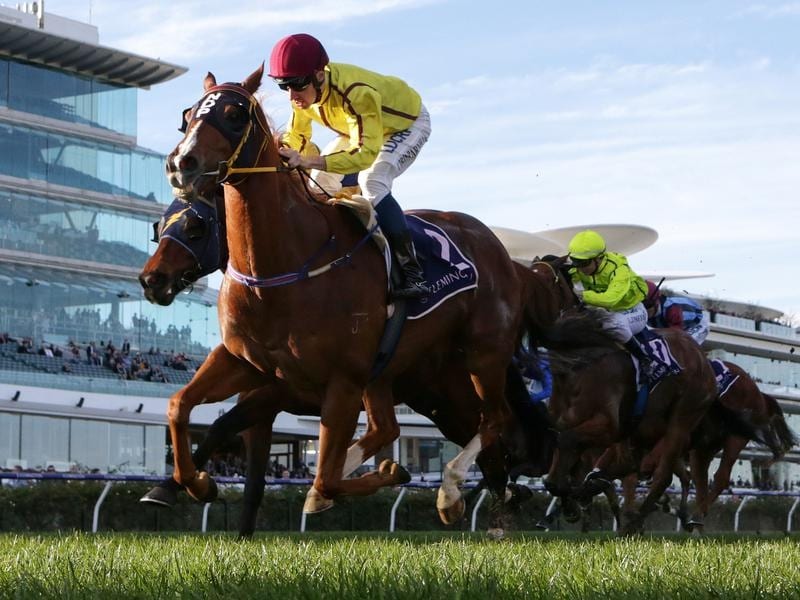 Correct weight was delayed but Malibu Style was eventually declared winner of race 7.

The seven-year-old has done the majority of his recent racing in Victoria and Neville Parnham was confident he was ready to fire in Saturday’s 1200m straight-track sprint after finishing second in his past two starts.

He didn’t disappoint either, sprinting to a half-length win over favourite Milwaukee.

However correct weight was delayed while stewards examined footage of the start and took evidence from the winning jockey and trainer because the horse had lunged forward and momentarily broken open his barrier before the field was released.

Eventually it was established that he gained no unfair advantage, so the result stood.

The gelding in fact was one of the slowest into stride after the incident.

“He has lunged forward and he’s actually hit the front of the gates that hard it’s actually pushed him back a bit,” Chris Parnham said.

“He’s usually the first one out but he was actually at a disadvantage hitting the gates as hard as he did.”

Malibu Style ($12) then settled just in behind the speed until the 400m mark before racing to lead with 200m to go.

The win was the 11th of Malibu Style’s career from 55 starts and his fourth Listed race victory, with three of those coming in Melbourne.

“We’ve been really happy with his last couple of runs and he looked primed for this race today,” Neville Parnham said.

“We were quite confident he could win. My assistant trainer Mark Sestich has been looking after him over here and he’s given me all the feedback on him.

“He’s really suited by racing in Victoria. It’s a lot easier to place him in races over here.”