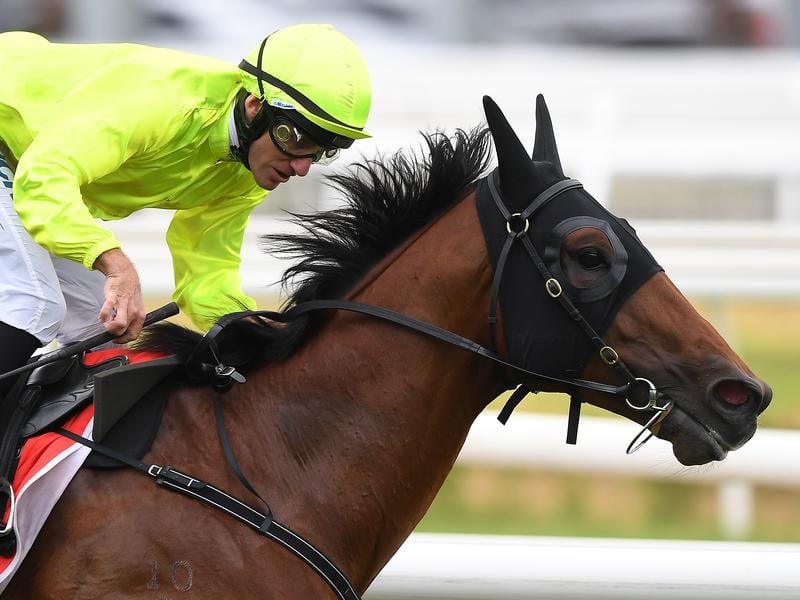 Manuel will be one of two runners in owner Gary Lechte’s colours on Brisbane’s premier race day.

The conspicuous fluorescent yellow colours of owner Gary Lechte will be carried for different trainers in two of the feature races at Eagle Farm.

Lindsay Park co-trainer Ben Hayes said Sin To Win would be the stable’s sole representative at this year’s carnival.

“We weren’t planning on having a runner up there but things changed for the better,” Hayes said.

“Gary’s a very loyal owner and he’s supported us for a long time and is a good friend of my father (David Hayes).

“It would be great if we could win it for him.”

Sin To Win has the credentials to be competitive on Saturday, finishing second at Flemington on May 4, splitting the subsequent Andrew Ramsden quinella of Steel Prince and Surprise Baby.

He has since finished third in a Randwick barrier trial.

“We wish he could have run in the Andrew Ramsden but he was too old,” Hayes said.

“He’s ticking along well and has done a lot of work on his Sydney leg.”

Calvin McEvoy, assistant to his father Tony, said the stable could find nothing wrong with Manuel following his poor showing in the Doomben 10,000 on May 11.

“Dad went up there and watched over him for a few days,” McEvoy said.

“He seemed to be fresh and well and moving nicely so he had a trial at the Gold Coast.

“I don’t know what was in the trial but he did it very well.

“He’s a horse that puts himself there and is tough and if he does put his best foot forward he’ll be competitive.”

Manuel is expected to be part of a three-pronged McEvoy attack on the Group One race.

McEvoy said Dollar For Dollar had an off-day when last in the Kingsford Smith Cup at Eagle Farm on May 25 after running third in the Doomben 10,000.

“The track was very firm that day and being an older gelding he might have looked after himself on that track,” McEvoy said.

The 1400m is a worry with Despatch but McEvoy said The Goodwood winner deserved his opportunity.