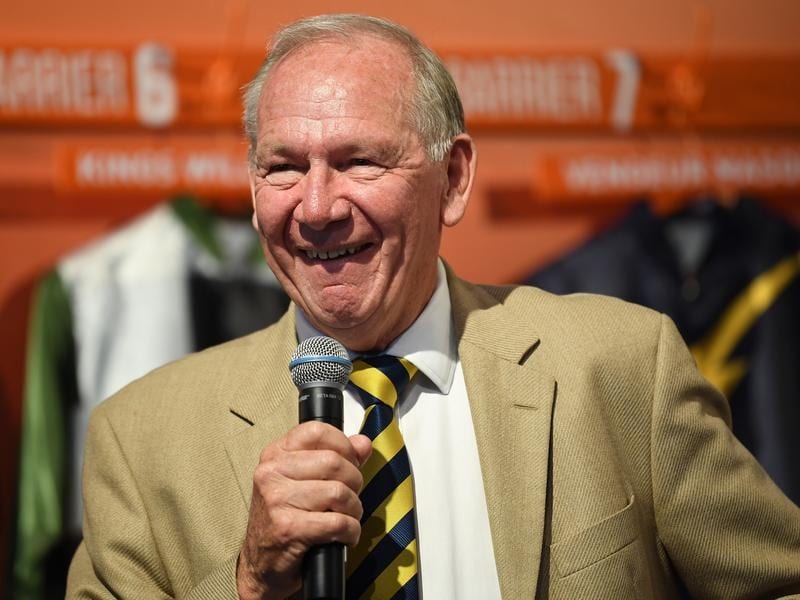 OTI Racing’s Terry Henderson’s passion for the Melbourne Cup will never wane as he chases a golden ticket into the race via The Andrew Ramsden at Flemington.

Henderson and his racing partners will have three runners in Saturday’s race – Azuro, Instigator and Fairlight – who, if successful, gain a ballot exemption into November’s Melbourne Cup.

The Andrew Ramsden, named after a former Victoria Racing Club chairman, has undergone a transformation.

Shortened from 3200m to 2800m, it is now restricted to three, four and five year-olds in a bid to offer Australian owners the opportunity of a Melbourne Cup starter.

Places are becoming tougher for Australian-owned horses with increased numbers coming from overseas and Henderson has applauded the VRC on their initiative.

Ironically the three OTI runners in Saturday’s race are all imports.

“I certainly welcome the changes they’ve made,” Henderson said.

“It helps encourage Australian breeders get their horses into the race even though the three we’ve got in the race are Europeans.

“When you look at the Melbourne Cup, it’s very important we have wide representation, not just seven Godolphins and four of Lloyd Williams.

“We want to retain its traditions.”

Henderson doesn’t see the 2800m being a problem for his three runners.

He said it was encouraging to see Instigator run fourth in the Warrnambool Cup while Azuro has run second in the Sandown Cup.

“With Fairlight we were a little disappointed we didn’t get a run in the Sydney Cup because the longer for him the better,” Henderson said.

An active buyer of horses with form beyond 1600m in Europe, the three Andrew Ramsden runners came into OTI ownership via different means.

Azuro was a more “conventional” buy being spotted in staying races as a three-year-old in France.

Fairlight was purchased by OTI as a yearling and began his career with Luca Cumani in the UK before making his way to Australia while Instigator was an “opportunistic” buy.

“Aaron (Purcell) had bought him and I don’t think he could sell him and asked if we would take half,” Henderson said.

“I quite liked him as he had form around a few of our horses in Europe.

“If any of these can get to a Melbourne Cup, as they all have different owners, it would be a fantastic result.”