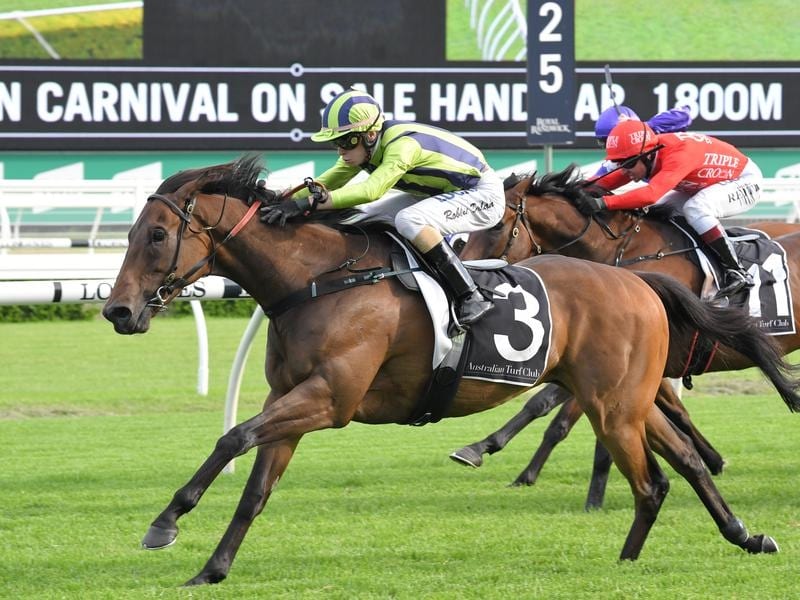 The John O’Shea-trained Live And Free is one of the main chances in the Group Two Villiers Stakes.

O’Shea will saddle up Live And Free in Saturday’s Group Two race, almost two decades after he won it for the first time with Grey And Gold.

That 2000 Villiers victory was an important career breakthrough for O’Shea, who has since established himself among the top trainers in Sydney and also spent a period as head conditioner for Godolphin’s Australian operation.

“I remember Grey And Gold well, he was my first Group winner (in the Villiers),” O’Shea said.

Three years later in 2003, O’Shea claimed the Villiers again with On A High while more recently, It’s Somewhat placed behind Happy Clapper in what proved a strong edition of the race in 2015.

With the Villiers winner exempt from a ballot for the Doncaster Mile, O’Shea still views the famous mile as a good opportunity for emerging horses.

“The Villiers can be a good stepping stone going forward,” O’Shea said.

“I ran third in it with a horse called It’s Somewhat, he ran into a horse called Happy Clapper and 18 months later they ran the quinella in the Doncaster, so it can be a good lead-up.”

A field of 15 will contest the Villiers Stakes (1600m) on Saturday headed by The Gong runner-up Quackerjack and the James Cummings-trained Ranier, who pipped Live And Free to win the Festival Stakes (1500m) at Rosehill two weeks ago.

Live And Free meets Ranier 1kg better at the weights and has an affinity for his home track of Randwick where he has won three of his five starts.

“He’s on an upward spiral, he’s got a good Randwick record and he seems to have appreciated the addition of blinkers,” O’Shea said.

Glen Boss, a close friend of major shareholder Scott Perrin, takes over the reins on Live And Free and will be looking to continue on from his illustrious spring.

Boss won Sydney’s two richest races, the $14 million The Everest aboard Yes Yes Yes and $7.5 million Golden Eagle aboard Kolding, but is yet to get his name on the Villiers Stakes honour roll.

Newcastle sprinter Bon Amis is among a field of 12 for the Listed Razor Sharp Handicap (1100m) as he tries to bounce back from an unplaced effort in the Starlight Stakes.

The Listed Inglis Nursery (1000m) has attracted a full field of 16 plus one emergency, while eight horses will line up in the Listed Christmas Cup (2400m) headed by ATC Cup winner Alward.