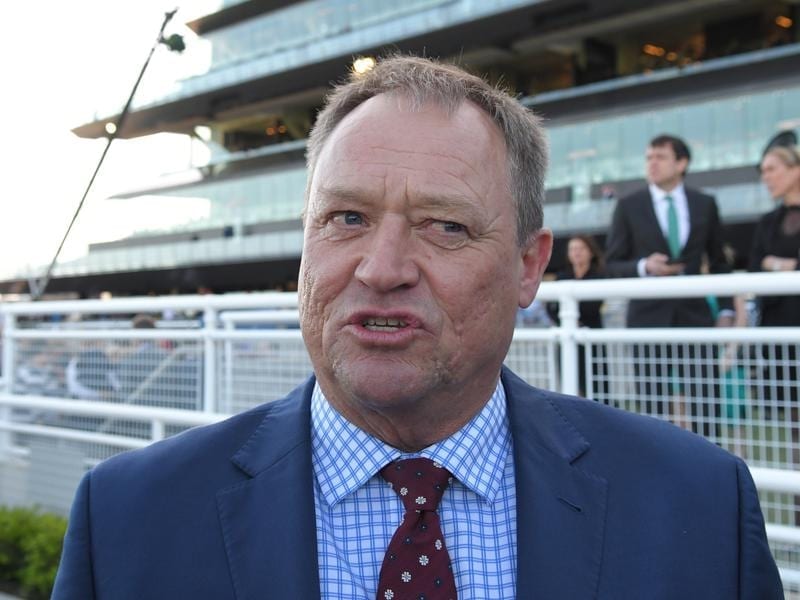 Trainer Tony McEvoy believes Oohood can match it with her male rivlas in the Caulfield Guineas.

After seeing Oohood break through for a satisfying Group One win in the Flight Stakes, trainer Tony McEvoy has enough confidence in the filly to take on the colts and geldings in the $2 million Caulfield Guineas.

The $500,000 Group One Thousand Guineas for fillies is on the same program but McEvoy believes Saturday’s Caulfield Guineas open to all three-year-olds is the better option.

“You place your horses where you think they’re best suited and I’ve got a belief that the colts aren’t any better than her,” McEvoy said.

“I’ve got a lot of time for The Autumn Sun but his style of racing may not be conducive to Caulfield.

Surround in 1976 is the last filly to win the Caulfield Guineas although few have run in recent times, the most recent being Catchy who finished third last year.

The Chris Waller-trained The Autumn Sun is the $2.30 favourite to add a third Group One win to his record after taking out the J J Atkins in Brisbane in June and the Golden Rose in Sydney last start.

Oohood has not won at Caulfield but was placed there three times during the Blue Diamond series earlier this year when McEvoy said she was still making mistakes under pressure.

“If you look at her runs at Caulfield over the shorter trips, she’s been absolutely at her top before the turn but finishing the strongest,” he said.

“Now that she’s arrived as a horse she’ll travel better in her races.”

With Tim Clark to ride Shoals in the $13 million The Everest on Saturday, Luke Currie will reunite with Oohood having ridden her in her first four starts.

Oohood was placed in three Group One races and netted more than $1 million prize money before breaking her maiden in the Flight Stakes on September 29.

“As a trainer it’s satisfying to see any of your horses win but for being so close at the top level and knowing how good she is, she just deserved it,” McEvoy said.