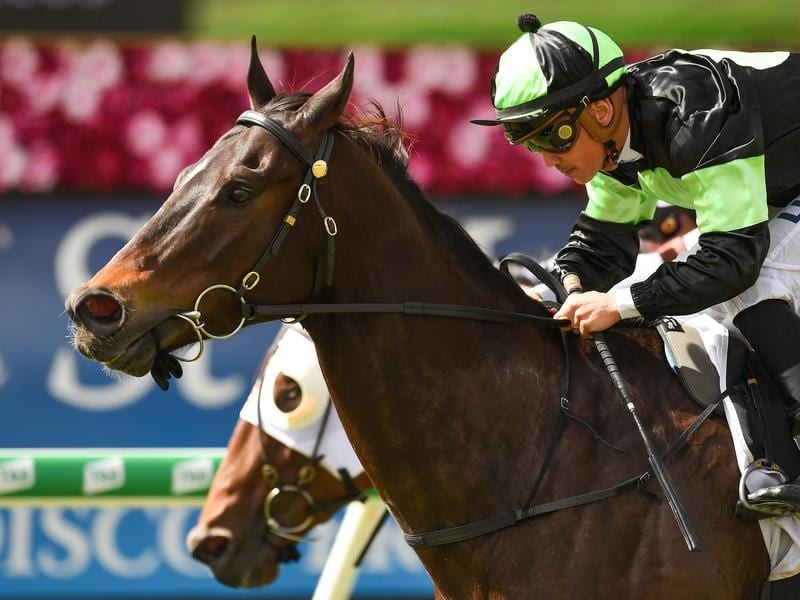 Scallopini has brought up a double for trainer Steve O’Dea with a first-up win at Eagle Farm.

Scallopini was having his first start since April but showed plenty of heart to run down Desert Digby ($6) by a long neck in the UMS School Wear Handicap (1200m).

It completed a winning double for O’Dea and the Proven Thoroughbreds syndicate who had earlier won with Reckless Choice.

O’Dea said Scallopini has missed the winter carnival after he wrenched a knee at his start before a spell.

“It was nothing serious but we didn’t want to risk him and we decided to give him plenty of time to get over it,” O’Dea said.

“We have always had an opinion of him and I think he can go on from here.”

Scallopini, a son of champion sire Snitzel, cost $200,000 as a yearling at the Magic Millions Sales.

“The Magic Millions races are obviously a target but he can also have a crack at some of the summer feature sprints,” O’Dea said.

“But he can have a couple more runs around here this time.”

Trainer Desleigh Forster was thrilled with the run of Desert Digby who led from a wide barrier and fought on well.

“It was a great run for his first try in open company,” she said.

Trainer Toby Edmonds was also happy with former boom horse Cadogan ($26) who finished third at his first sign of form since a virus-enforced spell.