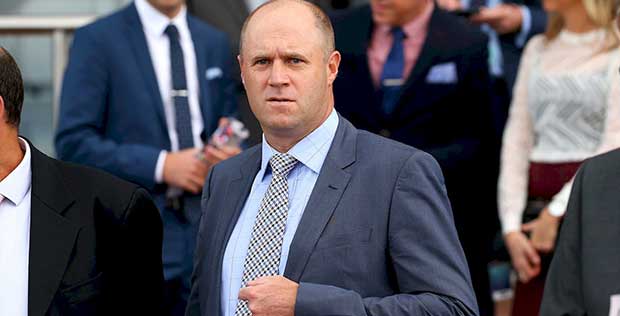 DANNY O’Brien did not initially believe his four cobalt positives would be an issue, thinking stewards would work out “there’s nothing untoward here”.

Giving evidence 21 months later as he tries to overturn a four-year disqualification, O’Brien maintains he did not know his horses were being given a substance called vitamin complex that was found to contain cobalt.

O’Brien said he was shocked when he learned of his cobalt positive on January 14 last year from fellow trainer Peter Moody, who the day before found out about his own high cobalt reading.

“I was definitely concerned but at the same time I just couldn’t believe that I would have a cobalt positive,” O’Brien told his appeal on Monday.

Even when Racing Victoria stewards confirmed the news, O’Brien believed it would be quickly sorted out.

“I thought that, as I was working it out, I thought the stewards would work it out too and they would see that there’s been nothing untoward here,” he told the Victorian Civil and Administrative Tribunal.

He said it was only after going to see a lawyer and his barrister Damian Sheales that he realised the situation was much graver than he thought.

“I said: ‘I don’t think this will be an issue. We can sort it out within a week or two. Nothing’s happened here’.”

He was warned he would end up before the Racing Appeals and Disciplinary Board and likely the Victorian Civil and Administrative Tribunal.

O’Brien told the 20th day of the VCAT appeal his vet Dr Tom Brennan said – and the trainer believed – the elevated cobalt readings for himself and Mark Kavanagh were caused by an accumulation of the registered product VAM in drips.

Nothing sinister had gone on with the horses that recorded cobalt positives, O’Brien said during a January 2015 radio interview.

“This has become an international issue where some of Australia’s biggest trainers – Peter Moody, Mark Kavanagh and myself, representatives of the Australian industry – were being made out to be cheats,” O’Brien told VCAT.

O’Brien said he was shocked to learn Brennan had added the vitamin complex substance to the drips he gave to horses in his and Kavanagh’s stable.

“I had obviously that morning been given an absolutely unbelievable version of events from Dr Brennan that completely rattled me,” O’Brien said of speaking to stewards after Brennan’s July 2015 revelation.

Brennan has told O’Brien and Kavanagh’s appeal the trainers knew he was adding the vitamin complex and they each paid $3000 for three bottles of it, but none of them knew it contained cobalt.

O’Brien paid Brennan $3000 but said it was during a trial to administer vitamins, minerals and electrolytes through drips rather than saline drenches.

The payment was part of an understanding with Brennan that the trial would not become too expensive for owners, O’Brien said.

Sheales made numerous objections to Racing Victoria barrister Jeff Gleeson QC’s questioning of O’Brien on Monday, at one stage declaring it was a “prosecution that is falling apart”.

The appeal continues on Friday.