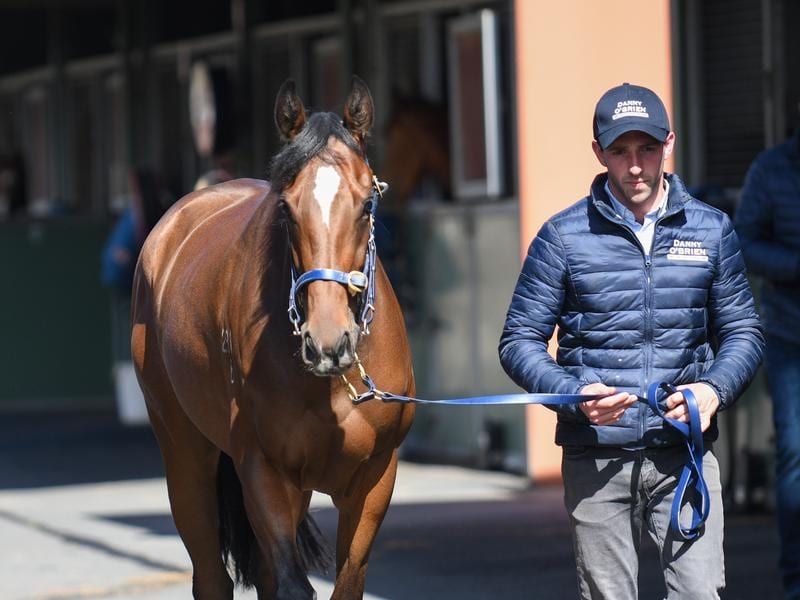 After a memorable Melbourne Cup win with Vow And Declare, Danny O’Brien feels greedy even hoping to add the VRC Oaks with Miami Bound.

But the trainer is convinced Miami Bound has a great chance in Thursday’s $1 million race for three-year-old fillies after taking out one of the main lead-up races last Saturday.

O’Brien claimed his first Melbourne Cup on Tuesday at his home track, with Vow And Declare lungeing late to win the country’s most famous race.

The VRC Oaks (2500m) is the feature race on the third day of the four-meeting Cup carnival at Flemington and Miami Bound is $3.60 favourite.

“I feel a bit greedy even hoping for it,” O’Brien told reporters on Wednesday.

“But we’re certainly going there with good expectations.

“We’re going in there with a filly that’s had a really good preparation for it.

“She’s been preparing for this all spring. Her run on Saturday was terrific in the Wakeful and it’s usually a good guide for the Thursday. So fingers crossed.”

Miami Bound will be striving to emulate her dam Arapaho Miss who won the Oaks in 2007 and O’Brien said the filly came out of her win in Saturday’s Group Two Wakeful over 2000m superbly.

“She pulled up really, really well. She’s going to go to the races tomorrow with no excuses.”

Miami Bound defeated Vegas Jewel by a neck in the Wakeful with another six lengths to Palumbo third.

Vegas Jewel was equal second favourite on Wednesday at $4 alongride Moonlight Maid who won the Edward Manifold Stakes at Flemington two starts ago before running second in the Group Two Vase (2040m) at The Valley.

While Craig Williams won the Cup on Vow And Declare, another of Melbourne’s champion riders, Damien Oliver, partners Miami Bound for O’Brien in the Oaks.

Last Saturday Oliver broke the record for the most Melbourne Cup carnival winners by a jockey with a winning double taking his tally to 74.

He added another winner on Tuesday’s Cup day program.

Oliver is chasing his fifth VRC Oaks, with Jameka in 2015 his most recent, while O’Brien has yet to win the Oaks.