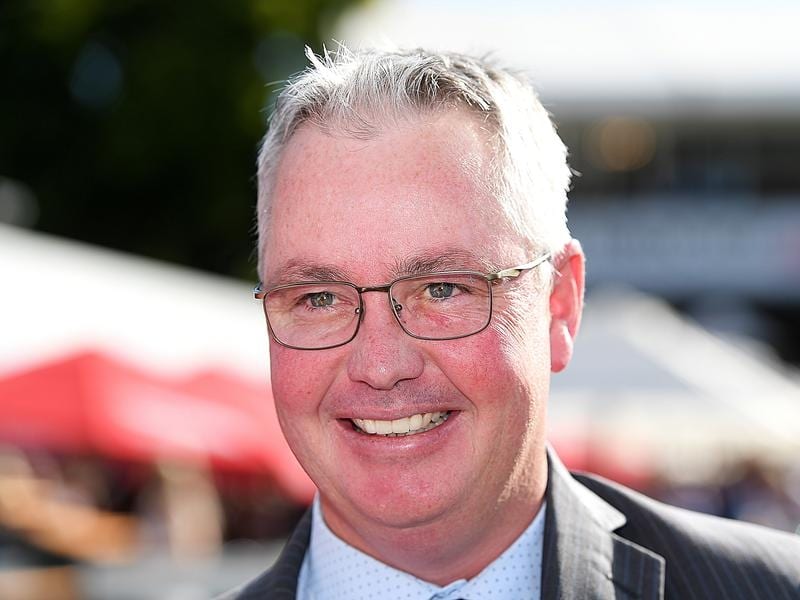 New Zealand trainer Tony Pike has plenty of options for his impressive filly Intrigue after her easy Sunshine Coast win.

The win boosted Intrigue’s prize money to a level where Pike can consider running Intrigue in the Queensland Oaks, Queensland Derby or both.

Pike missed the Group Two The Roses at Doomben on Saturday to run Intrigue, who is stakes-placed in New Zealand, in a the $50,000 race over 2200m on Wednesday.

At her first Australian start Intrigue ran seventh behind Winning Ways in the Gold Coast Bracelet after having little luck.

However, there were no worries in Wednesday’s race as Intrigue ($1.50) took full advantage of a an early walking pace to sprint home to beat Sid ($31) by two lengths.

Intrigue’s win followed stablemate The Bostonian’s Group One triumph in the Doomben 10,000 on Saturday.

He used wins at Ipswich to get Provocative and Terra Sancta into the Oaks in recent years.

Provocative went on to win the 2016 Oaks while Terra Sancta was an unlucky sixth behind Youngstar last year.

Pike’s Australian representative Chris McNabb said Pike would look closely at the likely make up of the Oaks and Derby before plotting her target.

“Tony knows exactly what he is doing and hopefully the prize money today will ease the pressure to get into the better races,” he said.

Pike wasn’t the only New Zealand trainer in the winner’s circle with Nigel Tiley’s filly Carrera To The Max ($2.20) making a successful debut.

Carrera To The Max is one of six horses former Group One-winning jockey Tiley has brought to Queensland for the winter.

“Carrera To The Max has shown me a bit in trials and we have given her time to mature. We’ll give her four or five runs this preparation and see where it leads,” he said.