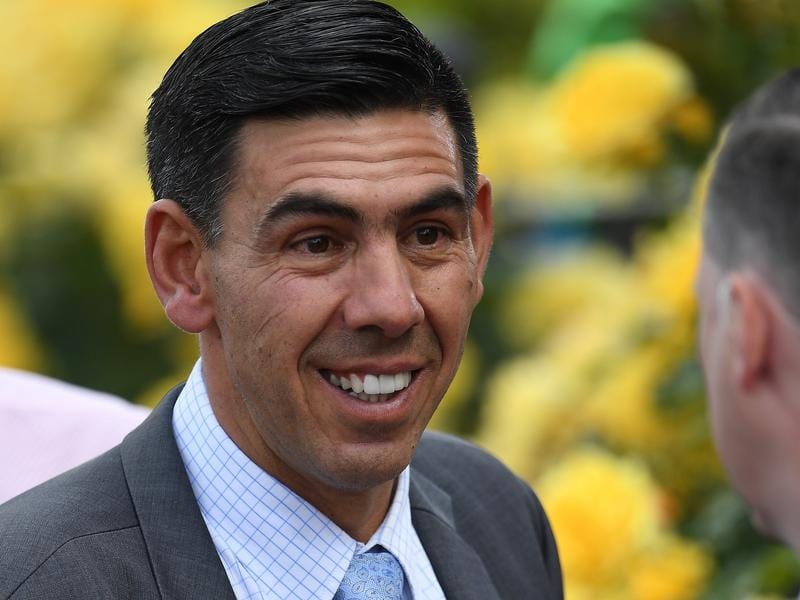 Peter Gelagotis will take over the training of New Zealand stayer Rock On for a Victorian campaign.

New Zealand stayer Rock On has joined the Peter Gelagotis stable in Victoria with Gary Vile hoping he can race on better winter tracks than at hom.

Vile is his trainer in New Zealand and is also a part-owner of the last-start winner of the Te Aroha Cup (2200m).

“I just thought Melbourne would suit him quite well and there are two or three races there for him,” Vile told NZ Racing Desk.

“I will just leave it up to Peter and let him get a feel for the horse over the next couple of days.

“He is ready to go. He has come through his win at Te Aroha very well and I am pretty happy with him, so I thought you might as well have a go.”

Vile said Rock On, the winner of seven races up to Group Three level, was on a mission to bank some more prize money while also being able to race on superior tracks over the coming months.

“Our weather cracks up a little bit quicker than what it does over there and when you can race for $130,000 on a Saturday, it’s a lot of money to us,” Vile said.