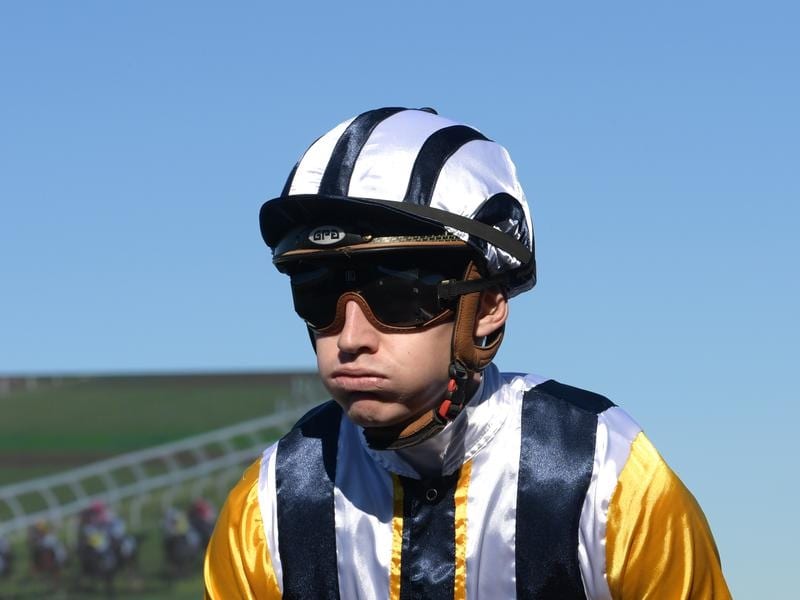 A failed mission to win the New Zealand Derby appears to have been the making of Nobu who will be given the chance to win the season’s last Classic in Queensland.

The Chris Waller-trained gelding beat one horse home in the NZ Derby at Ellerslie at the beginning of March.

Waller brought him back to Sydney where he has had three starts since for a second and two wins including Saturday’s Mizuno Handicap (2000m) to cement $4.50 favouritism for the Queensland Derby (2400m) in two weeks.

“He had to dig deep to attack the horse that was all but home. He is obviously a very fit horse heading into a Derby.

“He came back from New Zealand a different horse.

“He used to half suck back out of runs and not be that game, but now he is in for a dog fight and he loves it.”

Ridden by Jason Collett, Nobu ($3 favourite ) lunged on the line to beat Carif ($6) by a nose.

Collett, who was earlier beaten on the Waller-trained Reloaded, said he believed it would have been interesting had Nobu been beaten given Carif laid out in the straight.

“I think if we had to go to the stewards we may have got up anyway but it was a good determined effort,” Collett said.

“He copped two decent pieces of interference late but he kept coming.”

“He hit the front and didn’t know how to go on with it but he’s a nice horse in the making.”

The Peter and Paul Snowden-trained Carif and Mr Quickie from the Phillip Stokes stable are the $8 second favourites for the Derby with the Bjorn Baker-trained Fun Fact, winner of Saturday’s Grand Prix Stakes at Eagle Farm, an $11 chance.