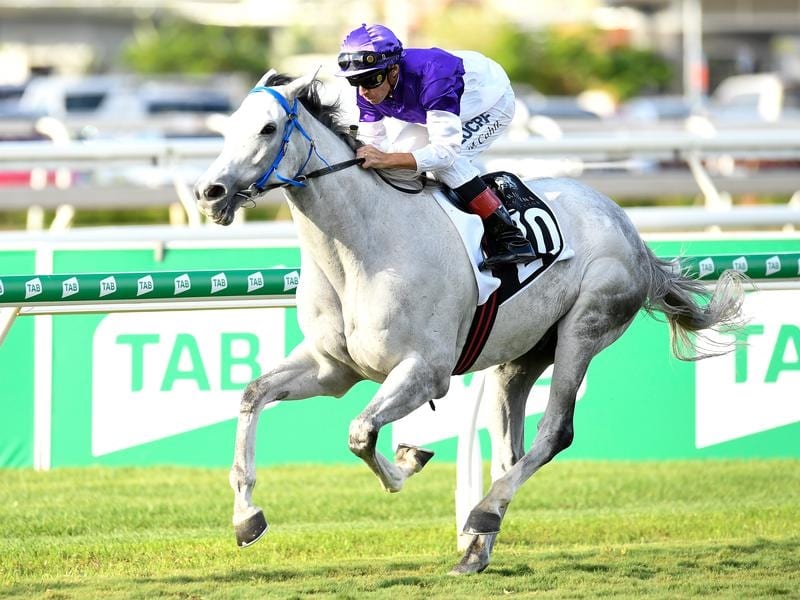 The Candy Man will run at Eagle Farm in preparation for a trip to Sydney for the Epsom Handicap.

Trainer Barry Baldwin is not worried by predictions stable star The Candy Man will not have his favoured rain-affected track for his comeback at Eagle Farm.

The Candy Man is set to resume in an open handicap over 1200m on Saturday as the first step to a Sydney campaign.

The gelding won seven races in a row before being unplaced in the Group Two Brisbane Cup (2400m) on June 8.

The Candy Man is rated one of the best wet track horses in Brisbane but Baldwin is confident he is up to top class on any surface.

No rain is predicted for Brisbane in the next 10 days and Eagle Farm will have a good rating on Saturday.

“It is more a case of others not handling the wet which is the advantage,” Baldwin said.

“They might be a bit quick for him at Eagle Farm but these horses can pull out a run fresh.”

Baldwin said he did not want to keep The Candy Man too fresh because he was headed to the Cameron Handicap at Newcastle on September 20.

The Baldwin-trained Lady Appleton will run in a three-year-old handicap at Eagle Farm before heading to Sydney.

“She will travel with The Candy Man and probably have at least one run in the south,” Baldwin said.