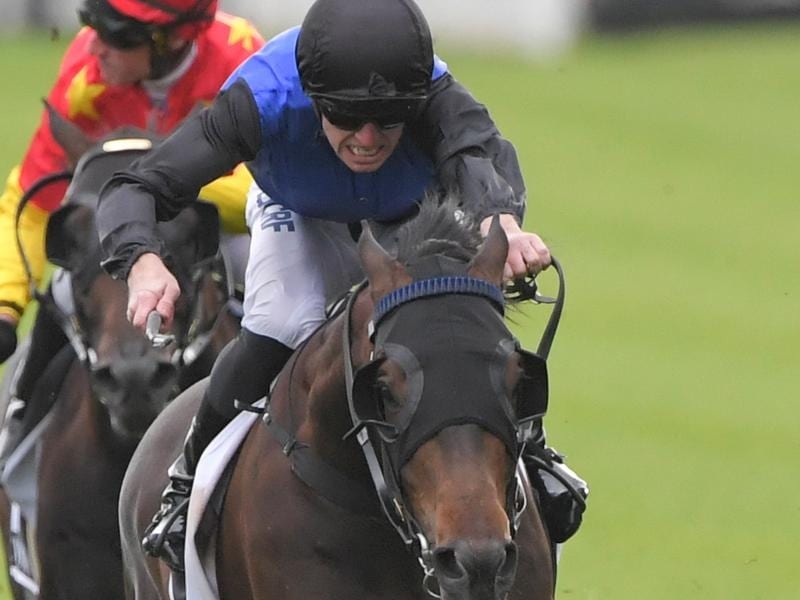 Shadow Hero will start an ATC Australian Derby campaign in the Hobartville Stakes at Rosehill.

The Victoria Derby remains the race that got away from Shadow Hero and posed more questions than answers.

The Group One Spring Champion Stakes winner started favourite in the 2500m-Classic on November 2 but finished fifth in a strung-out field, 10 lengths from the winner Warning.

Shadow Hero’s trainer Mark Newnham said there were factors against him at Flemington.

The gelding begins his campaign to the Australian Derby in Saturday’s Hobartville Stakes at Rosehill with Warning and Cox Plate runner-up Castelvecchio among his opposition.

“The track was soft which he hadn’t raced on before. But it rained on the day which is always worse because the ground was shifting so I’m not sure he doesn’t handle soft tracks,” Newnham said.

“They said he had a slight respiratory issue so whether that affected him I don’t know.

“I believe he will get the distance in the Australian Derby but all in all the Victoria Derby was inconclusive.

The Hobartville may not be Shadow Hero’s race either with Newnham expecting him to be better over further but he is still looking to him to be competitive.

He has not run over the distance since his first start with Newnham’s usual policy one of not wasting sprint races on staying horses.

Shadow Hero beat Castelvecchio to win the Spring Champion Stakes (2000m) with the pair likely to lock horns several times over the autumn.

Last-start Autumn Stakes winner Microphone is favourite for the Hobartville and has a superior record over sprint distances to most of his opponents.

The Chris Waller-trained Kubrick ran second to Hobartville rival Prince Fawaz in the Group One J J Atkins in June.

He has had three barrier trials since his win in the $1 million Bondi Stakes (1600m) in October.

Rosehill was hit with almost 20mm of rain in a sudden storm in Sydney on Tuesday night and is now likely to remain in the heavy range for race day.