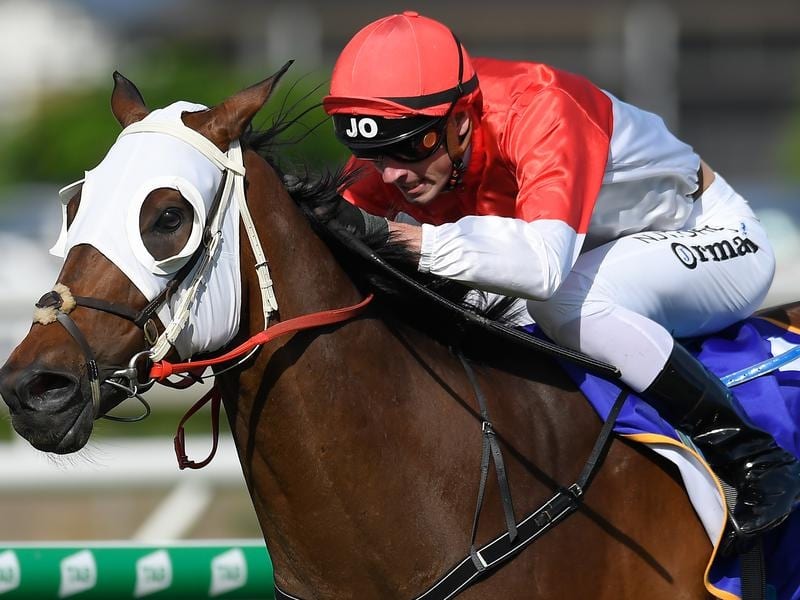 Niccanova will have his one and only lead-up run to the Stradbroke Handicap in the Victory Stakes.

Talented Toowoomba galloper Niccanova is ready to take another step to a Group One debut that has been three years in the making.

Niccanova resumes from a spell in the Group Two Victory Stakes (1200m) as his final hit-out for the Group One Stradbroke Handicap on June 6.

The gelding won the Fred Best Classic as a three-year-old in 2017 which gave him automatic entry to that year’s Stradbroke.

Instead, Niccanova ran in the Group Two Queensland Guineas where he finished an unlucky third behind Salsonic.

Tregea is noted for placing his horses where he thinks they can win and Niccanova has had 14 starts in stakes company since for four victories and four minor placings.

This year’s Stradbroke will be his first attempt at a Group One race.

Tregea has no regrets about taking his time to get Niccanova to elite company.

“I could have rushed him as a three-year- old but really we probably wouldn’t have had a horse after it,” he said.

“As it turned out Niccanova has been terrific for us. He has run in a lot of our lower stakes races and returned us more than $700,000 in prize money.”

Tregea feels this is the right year for Niccanova to make his Group One debut.

“He was very consistent in the summer but he is going to pay for it at the weights on the lower-class races,” Tregea said.

“Niccanova is in the Stradbroke with 53kg in a year when not all of the big names are coming from the south.”

Tregea said Niccanova was working well and has a noted fresh horse.

“He will be first-up on Saturday in the Victory Stakes and while it might be too short he will beat more than beat him,” Tregea said.

“Niccanova has an even better second-up record and the 1400m of the Stradbroke is ideal.”

Tregea would also love a wet track for Niccanova on Saturday and in the Stradbroke.

“His wet-track form is very good but of course Eagle Farm is such a good wet track these days it is perhaps wishful thinking,” he added.

Jim Orman will ride Niccanova on Saturday but can’t make the weight for the Stradbroke.

“We have a few options for the Stradbroke but I will make a decision next week,” Tregea said.