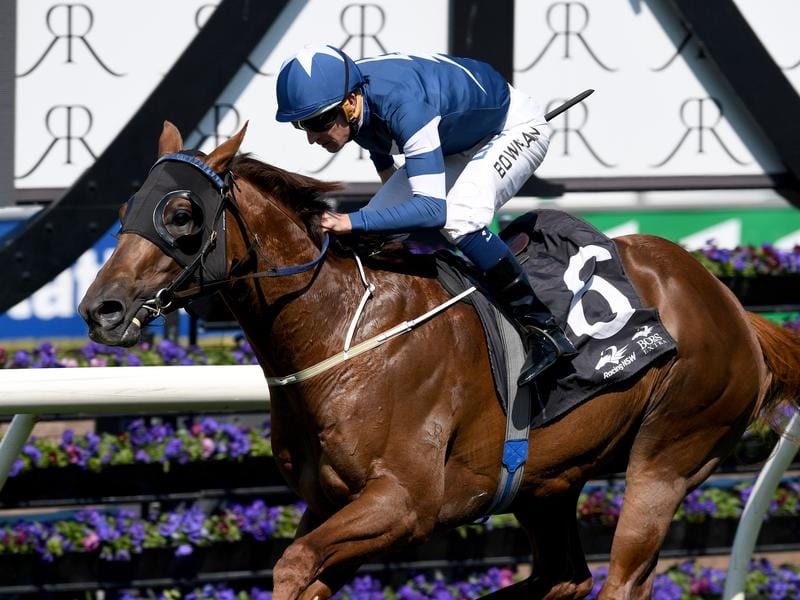 Super Ex will be one of two runners at Randwick for trainer Mark Newnham, the other being Splintex.

Having competed only once since the start of last year, lightly raced Super Ex is set to make his return at Randwick after his latest spell.

The Mark Newnham-trained Super Ex won three consecutive races as an early season three-year-old, setting a then track record for the Randwick 1300m in a benchmark race against his own age in September 2017.

After a two-start winless Queensland campaign during December 2017, Super Ex did not race again for almost nine months after having bone chips removed from a knee before having his next campaign aborted after only one start at Warwick Farm last September.

Super Ex is set to resume in Saturday’s 1100m-benchmark 78 Handicap on the Kensington track off the back of three barrier trials, including a third in his most recent on April 15.

“He has always had well above average ability,” Newnham said.

“He ran a track record at Randwick one day which is going back about 18 months but he has had knee troubles since then.

“He only had the one run last preparation and he jarred up quite badly so I tipped him out again with the idea of coming back when we may have some softer ground.

“He’s taken a while to get fit but I haven’t rushed him and he’s probably showing the advantages of having the Polytrack we’ve got in at Randwick now. It’s a quite forgiving surface and horses that have had issues tend to do well on it.”

Newnham believes Super Ex is forward enough to run well but being a stallion will also improve on whatever he does first-up.

Newnham is hoping to take advantage of the $125,000 2YO Maiden Handicap (1000m) on Saturday’s program with the colt Splintex, who finished third to Human Nature and Czarson on debut at the same course on April 22.

“I thought he went really well,. He just knocked up and he probably needed the run,” Newnham said.

“He showed good speed and good racing manners. He has improved since the run. He is a lot fitter and at least the two who finished in front of him last start can’t run because it’s a maiden.”