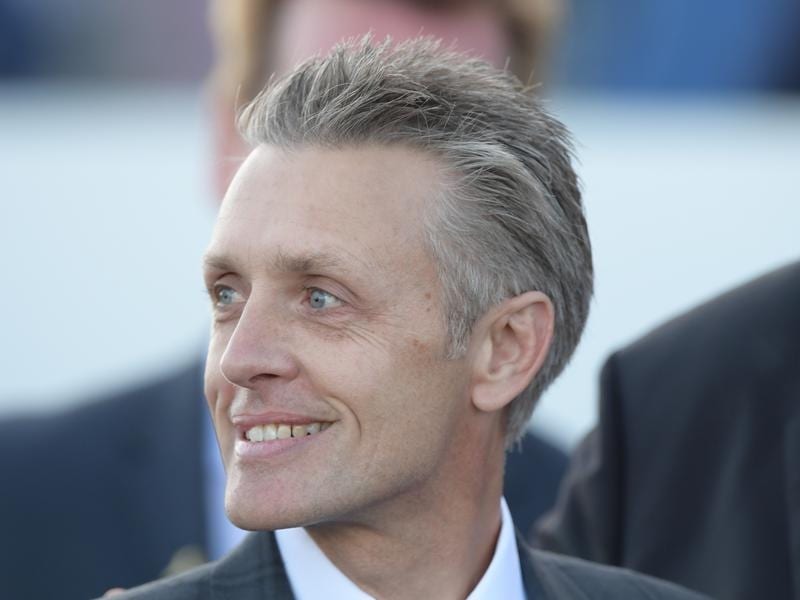 Trainer Mark Newnham has entrusted his apprentice Robbie Dolan with the G1 ride on Scarlet Dream.

It has been almost 20 years since a mare won the Group One Metropolitan Handicap and trainer Mark Newnham believes Scarlet Dream is capable of breaking the drought.

The Gai Waterhouse-trained Coco Cobanna was the last mare to win the Group One staying feature in 2001 and like Scarlet Dream, contested the race as a four-year-old.

Scarlet Dream gets into Saturday’s race on the 50kg limit and Newnham says that could be telling.

“Last year the first five across the line were weighted between 50 and 51 kilos so that tells you it’s a good lightweights race.”

Scarlet Dream demonstrated her staying promise in the autumn when she beat all bar Verry Elleegant in the ATC Australian Oaks over the Metropolitan course and distance.

She resumed with a solid second over 1500 metres then got too far back in the Kingston Town Stakes (2000m) which was dominated by the horses on speed.

Fearing she was too far down the order of entry to gain a Metropolitan start, Newnham tossed her in last week’s Colin Stephen Quality and was pleased when the landscape changed and she did not have to run.

“I only accepted with her because I was worried she may not have got a start in the Metrop and when it became apparent that she would, I was happy to scratch her,” Newnham said.

A former jockey, Newham has given his apprentice Robbie Dolan a significant vote of confidence, booking him for the Metropolitan Handicap (2400m) ride.

It will be one of two Group One mounts for Dolan at Randwick, along with Godolphin’s Cascadian in the Epsom Handicap.

Newnham has complete faith in the young Irishman and says Dolan’s riding statistics from last season back him up.

“In the last 20 years I think there has only been four apprentices ride more than 40 winners in town for a season and he rode nearly 50,” Newnham said.

“That tells you he’s up to it.

“He’s had a couple of Group and Listed wins already and the rides he’s had in Group Ones he has ridden well, they just haven’t been good enough.”

Scarlet Dream and Colin Stephen winner Stampede shared the second line of betting on Friday at $6.50 behind Brimham Rocks, the $4.20 favourite to give Chris Waller his fourth win in the race.