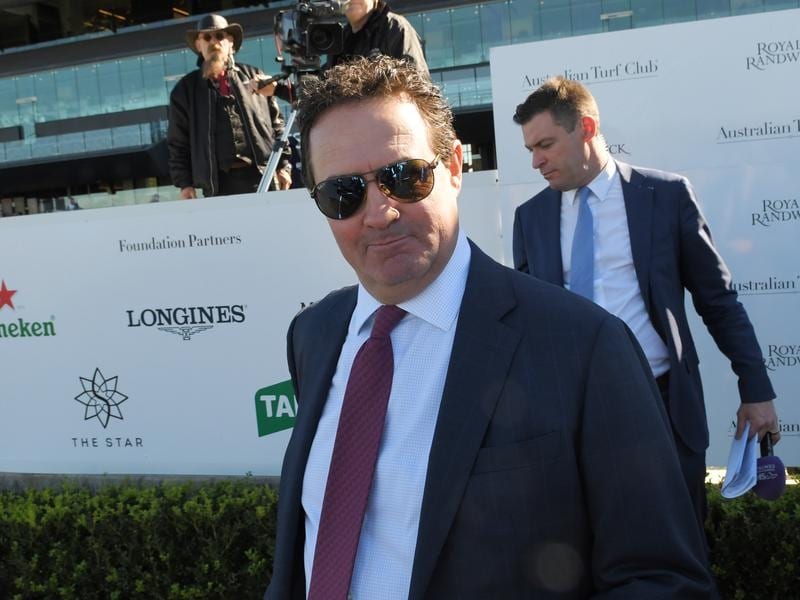 Trainer Michael Freedman says stable newcomer Not An Option is on trial for a JJ Atkins start.

Former New Zealander Not An Option will make his debut for new trainers Richard and Michael Freedman at Randwick but he is far from an unknown quantity to the stable.

Previously with Tony Pike, Not An Option was housed with the Freedmans during his Sydney autumn carnival campaign, which he rounded out with a luckless sixth behind King’s Legacy in the Group One Champagne Stakes.

Given the coronavirus travel restrictions, the decision was made to put him with a Sydney stable and the Freedmans were the logical choice.

“He spent his last run or two under Richard’s care at Rosehill so he is very familiar with the horse,” co-trainer Michael Freedman said.

“He was probably a bit stiff not to finish a lot closer in the Champagne. He hasn’t had a lot of luck in some of his runs but he is an above-average colt.”

Not An Option has not raced for over a month but he has tuned up for the Darley 2YO Handicap (1300m) on Saturday with a testing barrier trial.

He will wear blinkers for the first time and while a final decision on a start will be made race morning, Freedman says the downgrading of the track to heavy is unlikely to deter them.

“He needs to have a run to book his ticket to potentially go onto the JJ Atkins,” Freedman said.

Several rivals will also look to press their claims to the Brisbane Group One, including the Chris Waller-trained favourite Overlord.