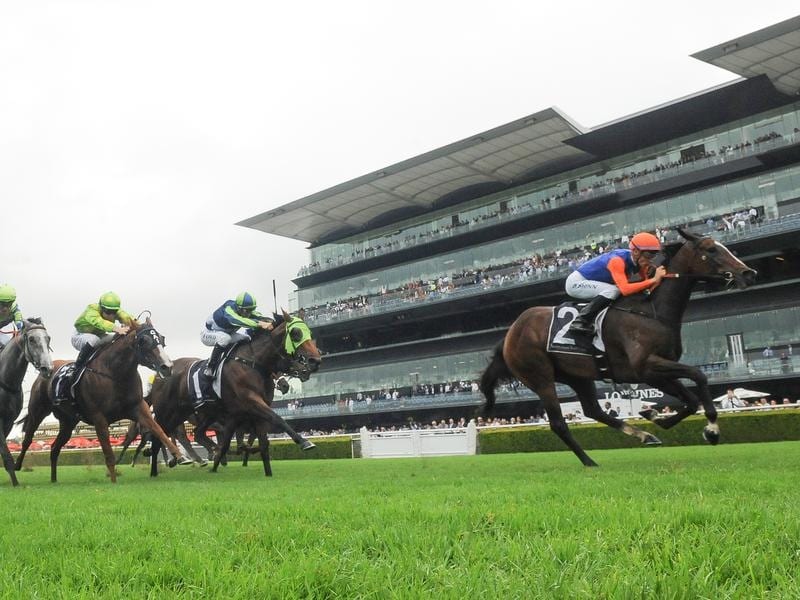 Nettoyer has a few quirks that make her hard to manage but has the talent to make it worthwhile.

Hold the oats and grains, when it comes to diet, six-year-old mare Nettoyer is more a pizza and burgers kind of girl.

And yes, she would like a beer with that too.

In a sport where feed is an integral ingredient in racehorse performance, Nettoyer is unique.

“Bacon and egg toasted sandwiches with two sauces of a morning.

“The other day she ate a supreme pizza with tomato and capsicum and she eats it faster than anyone you’ve seen.”

And that is just in the days between races.

“At the races she likes eating scones and jam with strawberries on top,” Roche said.

“It’s not very good for her diet but if she likes it, she gets it because it makes her a lot easier to manage.”

Food has become Roche’s means to bribe the notoriously quirky mare who despite her dietary extravagances has no shortage of talent.

A Group Three winner, Nettoyer has returned in arguably the best and most consistent form of her career.

She was a closing third in the Cameron Handicap at Newcastle two starts ago and again made up many lengths for sixth to Kolding in the Epsom Handicap.

Roche has no qualms backing Nettoyer up in the Group Three Angst Stakes (1600m) at Randwick on Saturday, although she hopes the mare is in a better mood than before she won the Aspiration Quality over the same course and distance in the autumn.

“She has been very difficult. She used to get barred from the track. She would run backwards, lay down, not go out on the track, buck and squeal,” Roche said.

“When she won the Aspiration I had to kick my heels off and chase her to the barriers.”

Roche says Nettoyer’s behaviour has improved with time and maturity and credits an interstate trip to Melbourne last spring with helping that process.

It was during that venture Nettoyer scored a commanding win over 2040 metres at Moonee Valley on Cox Plate eve, sparking dreams of a start in this year’s weight-for-age spectacle.

Her connections haven’t given up hope of a Cox Plate start, paying up for Nettoyer at the most recent nomination stage this week, although she is likely to need a Group One performance between now and then to get into the exclusive field.

But Roche’s immediate focus is on Saturday when she is confident Nettoyer can land her fourth career win and earn her bread and butter.

Or at least, her scones and jam.