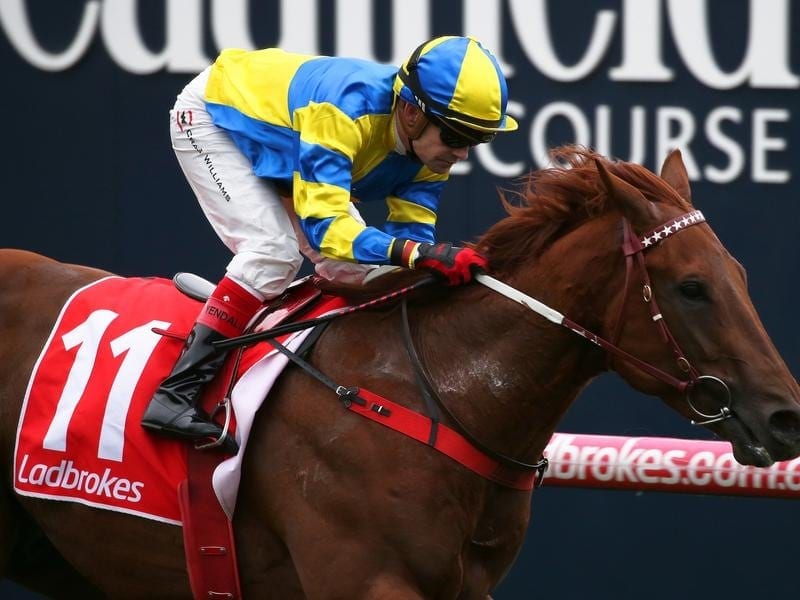 Native Soldier is a significant Caulfield Guineas firmer after an easy win in the McNeil Stakes.

Native Soldier has moved to the second line of Caulfield Guineas betting after trouncing his McNeil Stakes rivals in a win that surprised the colt’s trainer Darren Weir.

Weir rates Native Soldier highly but admitted he was not expecting the three-year-old to win Saturday’s Group Three McNeil (1200m) in the manner in which he did after finishing third in the Vain Stakes first-up.

Native Soldier ($15), ridden by Dean Yendall, crossed from the outside barrier to lead before the colt kicked right away.

He defeated The August by 2-3/4-lengths with Group One-winning filly Seabrook another length away third.

“I thought he’d made a bit of improvement from his first-up run but I didn’t think he’d made that much improvement.

“Obviously he’s taken really good benefit from that run and he had a jump-out at Warrnambool last Friday.

“He began terrific and when he got across he just controlled the race.

“It was a great win going forward.”

The TAB reacted with Native Soldier firming to $11 for the $2 million Caulfield Guineas (1600m) next month behind $5 favourite Brutal.