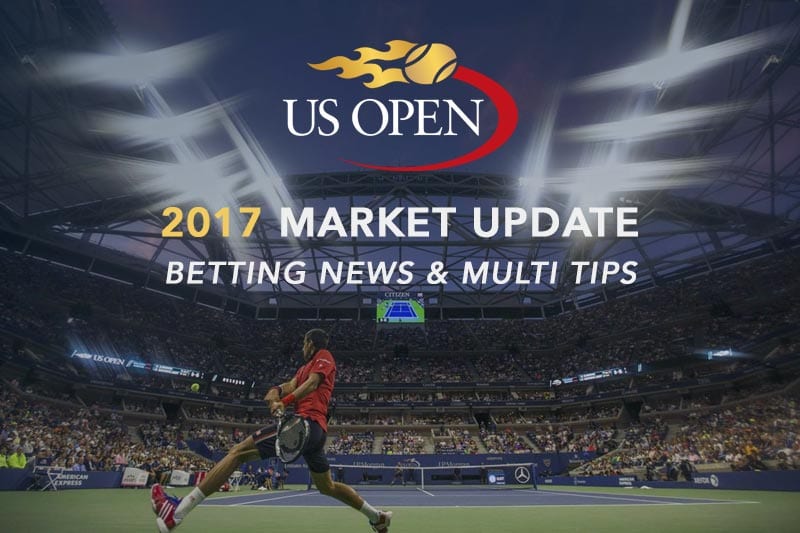 ROGER Federer has relinquished outright favouritism in the men’s draw of the 2017 US Open.

The Swiss star has had to fight uncharacteristically hard to reach the third round, with American teen Frances Tiafoe and Russian journeyman Mikhail Youzhny both forcing him to grind it out over five sets.

It is the first time the 36-year-old has played 10 sets in the opening two rounds of a grand slam event.

When you're up 5-0 so you decide to hit a drop shot return winner…@rogerfederer ?#USOpen pic.twitter.com/zUmOrfwDXg

That shaky start has allowed Rafael Nadal to claim the top line of betting at Sportsbet.com.au, where he is paying $2.63 for the title.

The Spaniard has had a few nervy moments of his own, like dropping the first set against Japan’s Taro Daniel in the second round.

Federer remains his closest rival at $3, ahead of former US Open champion Marin Cilic ($7).

There is daylight and then some between the big Croat and a pack of $21 challengers in a field decimated by injuries and early exits.

Maria Sharapova is the big mover in a predictably unpredictable women’s section.

Back from a doping back, the Russian wildcard has plunged from $23 into $6.50 to share the second line of betting with Karolina Pliskova.

She has already claimed one huge scalp at Flushing Meadows, ousting second seed Simona Halep in the opening round.

Pre-tournament favourite Garbine Muguruza has firmed from $7 into $4 after breezing through to the last 32, while local hope Madison Keys has shortened from $15 into $10 as a result of some high-profile eliminations.

With Daria Gavrilova gone, Ash Barty ($34) is the best of the Aussie chances in either draw.

She plays the unseeded Sloane Stephens ($26) in the third round.

Matches from 1am AEST Sunday, September 3

Keys is the top American hope and has started the tournament in strong form. She has beaten Vesnina twice in as many meetings, both times in straight sets. We like her to make that record 3-0.

Latvian sensation Ostapenko has not enjoyed a great prep since Wimbledon, losing in the first round at both Toronto and Cincinnati. Nevertheless, the French Open champion should have the upper hand on her Russian rival.

There is nothing to split Del Potro and Bautista Agut in the betting, but big Juan Martin is a favourite of ours. The Argentine powerhouse also has priors at Flushing Meadows, so that’s where our money is.

We close with one of the most intriguing match-ups of the weekend. Goffin punches above his weight week in, week out, while Monfils is as erratic as they come. We are siding with consistency on this occasion, as the odds are too good to ignore.