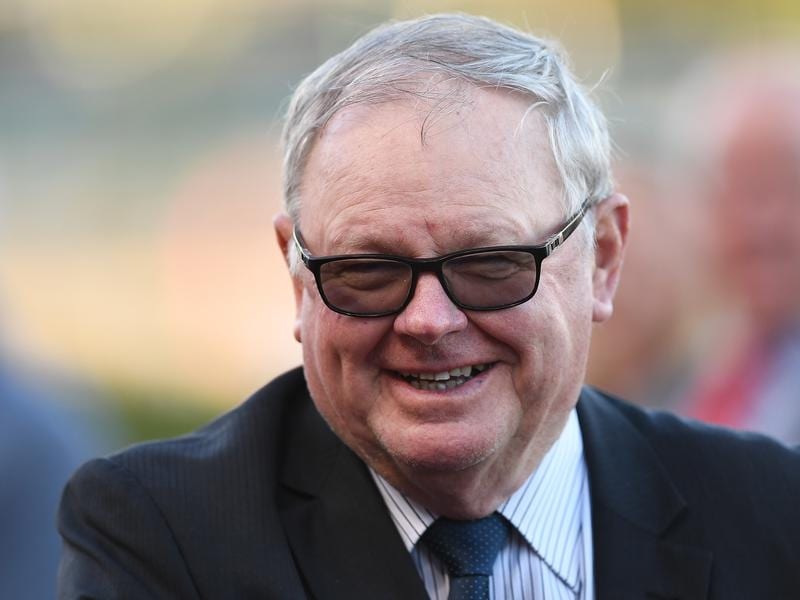 NZ trainer Murray Baker has no plans to stop taking Australian prize money back across the Tasman.

Champion trainer Murray Baker has been recognised with two of New Zealand’s highest honours but has no intention to slow down.,

Baker was inducted into the New Zealand Racing Hall of Fame last year and on Sunday he was honoured with the Outstanding Contribution to Racing at the NZ Horse of the Year Awards.

“It rates right up there with the Hall of Fame,” Baker told NZ Racing Desk.

“I was quite surprised to get it, but I knew something was up when I found out my family were all going to be there for the night.

“It’s an honour to get the award and it was special to have my daughter, Reidun, and her husband, Dan, come up from Martinborough, and Bjorn and his wife, Andrea, fly over from Sydney.”

Baker and his training partner, Andrew Forsman, were also voted Trainer of the Year in addition to winning the premiership.

Part of Baker’s motivation to keep going is the lure of Australian racing.

With 21 Group One wins in Australia, Baker is the most successful NZ-based trainer but he is hungry for more.

“I’m addicted to Australian racing,” he said. “I love the thrill of taking a horse over there and winning one of their big races. I get withdrawal symptoms when I can’t find one to take over.

“One thing I realised early on was to take on the Aussies you really need a staying horse. Otherwise you’ve got to have an exceptionally good sprinter-miler, like Turn Me Loose.

“If you’ve got a staying horse with a bit of class and a good temperament you’re in with a show.”

“I’ve been training for over 40 years now and I’m still enjoying it,” he said. “It’s my way of life and I couldn’t see myself doing anything else.

“I’m always looking for that new horse who comes up to be a good one. It’s hard to say no to a good horse.”

The stable is already off to a good start in Australia this season with Long Jack winning at Ballarat on Friday and Quick Thinker winning the Group Three Ming Dynasty Quality last Saturday week with stablemate Rhaegar fourth.

The Chosen One was a solid fifth in Saturday’s Feehan Stakes at The Valley.

“Quick Thinker and Rhaegar will both aim for the Spring Champion Stakes. Rhaegar just needs a good track,” Baker said.

“Long Jack won well and I think he could be a good horse. He’s on a path to the Victoria Derby and I was happy with The Chosen One’s run.

“He’ll go for the Underwood Stake. I’ve got a bit of a soft spot for the race as I’ve won it four times.”