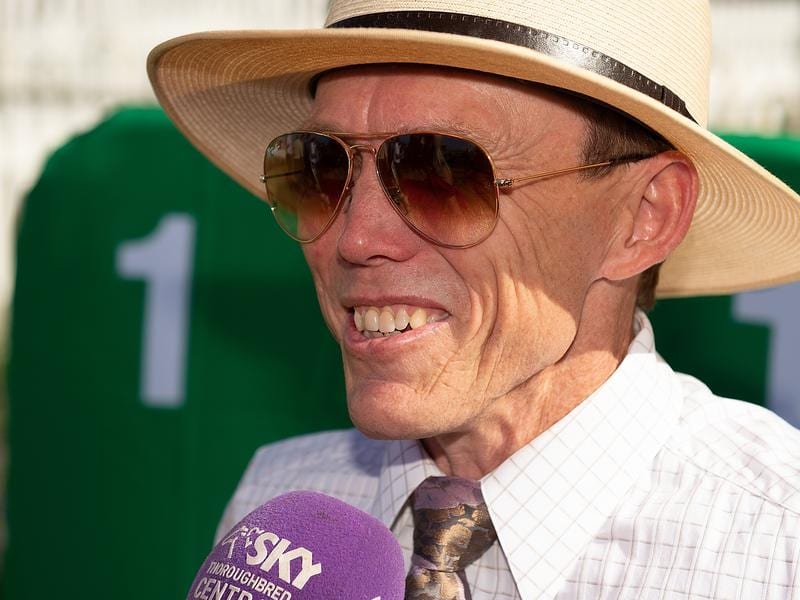 Trainer Chris Munce is not resting on his laurels after Boomsara’s Magic Millions Guineas win.

Trainer Chris Munce has already passed his best season total for prize money and he hopes there is a lot more to come.

Munce has trained 176 winners since he hung up his jockey’s saddle in January 2015.

His season total stands at 26-1/2 on all tracks and puts him on course to better last season’s effort of 57 wins.

He hopes to keep things on a roll at Eagle Farm on Saturday with several runners including Grafton Cup winner First Crush and smart sprinter Snoopy in the Open Handicap (1200m).

“Celebrations for the Guineas are over and it is back to business. First Crush has been great and he has had two trials,” Munce said.

“But he is getting older meaning he will probably take two or three runs to get to his best this campaign.”

Munce said First Crush was probably a Listed-Group Three staying type horse and he would have to see what was around for him.

“Maybe the south if I can find the right race or maybe even the Toowoomba Cup could be an option,” he said.

Snoopy was a close second to promising Awesome Pluck at Eagle Farm at his most recent start and goes from 1000m to 1200m.

“He has run in some handy races and he has had experience at the new Eagle Farm,” Munce said.

Boomsara is having a break and will be aimed at the Group One Stradbroke Handicap in June.