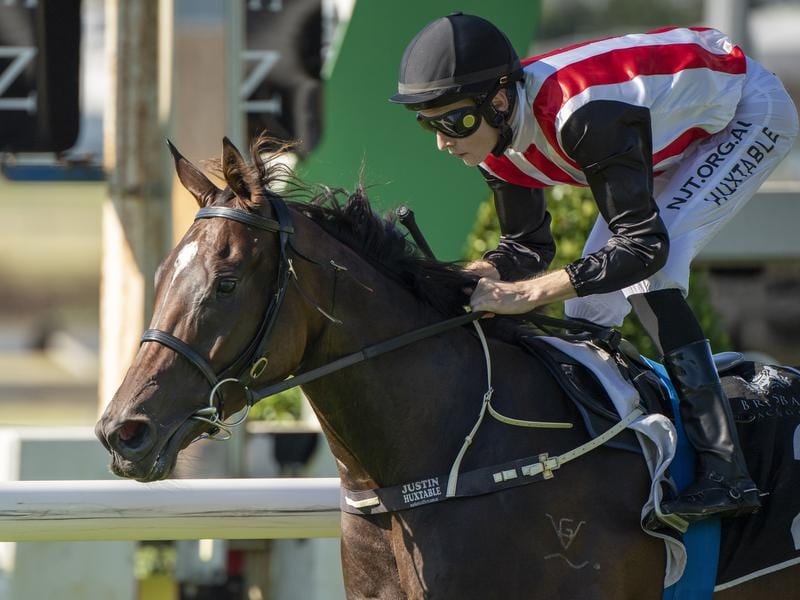 Trainer Chris Munce will give in-form Stampe a Strabroke Handicap campaign after winning at Doomben.

Eagle Farm trainer Chris Munce refused to rule out a tilt at the Group One Stradbroke Handicap with Stampe after the gelding won at Doomben.

Stampe ($6) made it two wins and three minor placings from his past five starts when he led all the way to win the XXXX Dry Three-Year-Old (1350m).

Racing Queensland has announced a revised winter feature race list with the Stradbroke to be the headliner despite being reduced in prize money from $1.5 million to $350,000.

Munce knows how to win a Stradbroke with lightly weighted horses as he took it twice as a jockey on Landsighting (2000) and Dane Ripper (1997).

He has made no secret of the fact he believes Stampe is the most underrated horse in Queensland.

“I have been saying how underrated he is for weeks. He hasn’t drawn a barrier inside seven this campaign and started two from the outside today,” Munce said.

“I will ease up on him and bring him back probably for some of the three-year-old races in the winter.

“But I will not be ruling out anything and that includes the Stradbroke. Three-year-olds have a great record and so do lightweights.”

Munce said it would be interesting to see the standard of entries for the Stradbroke with the prize money cut.

Former top three-year-old Mishani Hustler ($5) maintained his outstanding Doomben 1200m record when he led all the way to win the Racecourse Village Open.

Mishani Hustler made it five wins and a second from six starts at the track and distance when he held on to beat Baccarat Baby ($3.50) by a head.

Trainer Les Ross said he trialled Mishani Hustler last week and hoped he raced better on Saturday than he had trialled.

“I can’t take any credit for the win as I only got him two weeks ago because of the coronavirus restrictions,” Ross said.

“Mark Currie had him in Toowoomba but Mark can’t have Brisbane runners because of the restrictions so they sent him to me.”