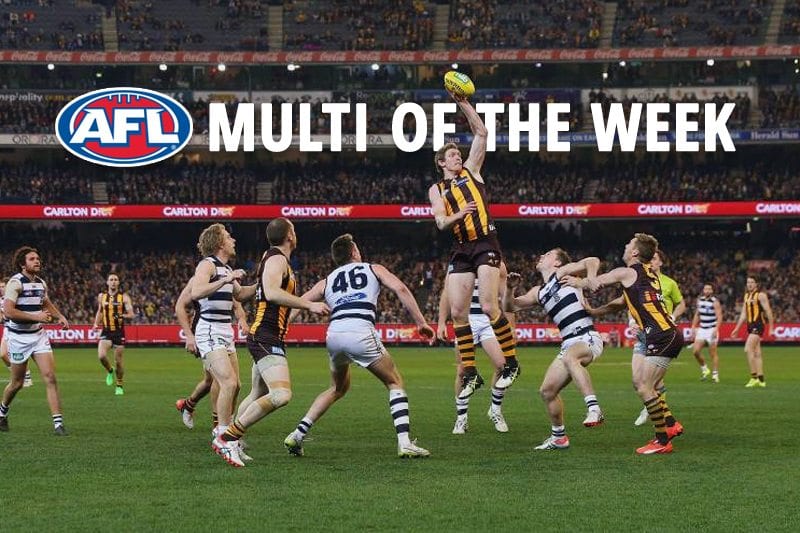 THE 2016 Grand Finalist, Sydney Swans, are currently the only team in the AFL without a win to their name after six weeks of 2017 AFL action.

Adelaide has emerged as a genuine premiership contender, while Richmond, Essendon and Geelong were somewhat exposed in round six as teams that need to improve immensely if they are to make an impact in September.

Round 7 holds a number of interesting encounters. Collingwood and Carlton renew a 100-year-old rivalry. New Demon Jordan Lewis will take on his struggling old side, Hawthorn. Port Adelaide and West Coast will fight it out for top 4 legitimacy. The Dockers and Essendon will do their best to hold on to a spot inside the eight.

All odds for the seventh week of the AFL season were provided by Sportsbet.com.au.

Selections for the Round 7 AFL multi of the week:

Fremantle Dockers to win against the Essendon Bombers ($1.49)

Traditional rivals meet at the MCG on Saturday as the Pies and the Blues clash in front of 80,000 people.

Collingwood is coming off one of its finest wins of the last few seasons after ending Geelong’s five game winning streak on Sunday. The Pies outclassed and outworked their rivals to record just their second win of the year.

The Blues registered a fantastic win against the Swans on the MCG. The Blues bullied their opponents and never looked like losing after taking a commanding lead in the second half.

It’s hard to predict these rivalry games sometimes, but the Pies should be far too strong for the Blues on Saturday.

It is a must-win match for both sides as the Cats travel to the Gold Coast to face the Suns.

The Cats were shocked last week by the Pies on Sunday. It was a dismal performance across the board from the previously undefeated Geelong, who will be looking to bounce back immediately.

The Suns were unlucky in defeat to North Melbourne, but will be rueing missed opportunities. The big positive for the Suns is the form of spearhead Tom Lynch and midfielder Garry Ablett.

This looks like a tough ask for the home side however. We’re backing the Cats to reignite their season on the coast.

The Demons are looking to push their finals credentials on Sunday at the expense of Hawthorn in what looms as a fascinating match up.

The Hawks have been woeful this season and their 13 goal loss against St Kilda last week shows just how far they have fallen off the pace.

The Demons overcome the Dons in a dour affair at Etihad Stadium. This week they welcome back Jesse Hogan, who should boost their goal-scoring abilities immensely

We are backing the Demons here. The Hawks are in free fall and the Dees need to capitalise.

Two teams in dire need of a win meet in the nation’s west on Sunday as the Dockers host the Dons at Domain Stadium.

The Dockers were dismal in last week’s showdown, getting blown away early by the Eagles and never truly making any headway.

It was a stark contrast to the disciplined and determined football they had played up until that point.

The Bombers played in what was potentially the worst game of the year. The Dons were hammered by the Demons in a game marred by skill errors.

On form we have to go with Fremantle. The Dockers’ form against interstate visitors is always good, and the Dons’ recent matches have been lacklustre to say the least.