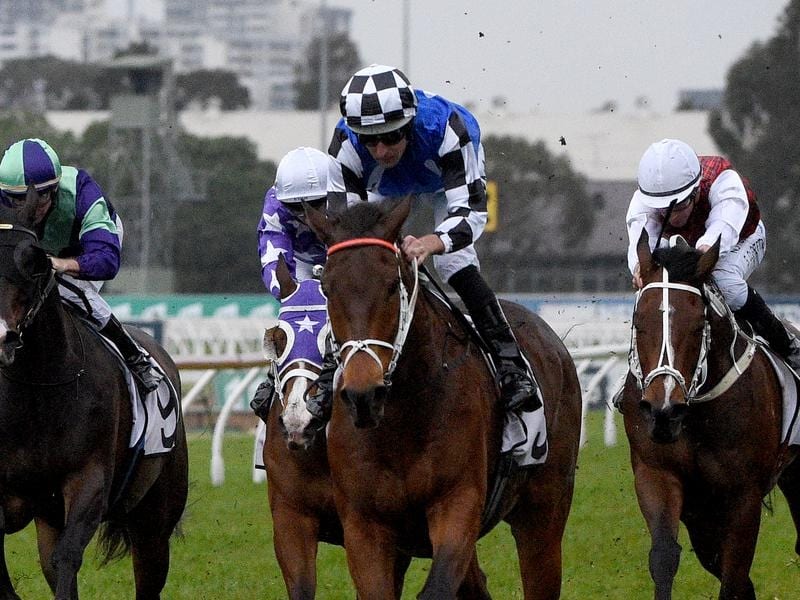 The Metropolitan Handicap is on the radar for Mugatoo after his Rosehill victory.

Trainer Kris Lees believes Mugatoo has the scope to reach Group One level this spring and has pinpointed the Metropolitan Handicap as a likely goal.

The staying import took his record to two wins from as many starts this campaign with a classy victory in Saturday’s Premiers Cup (1900m) at Rosehill.

While Lees is keeping an open mind with later spring targets, he says next month’s Newcastle Cup shapes as the right stepping stone for Mugatoo in the short-term.

“He could end up in a Newcastle Cup in three weeks time, which would then lead into the Metrop where he would still get in alright at the handicaps,” Lees said.

“He is taking the right steps. It was another test for him today and he reacted well.

“I’m sure he will come on again from the run. He has a bright future.”

Ridden by Kerrin McEvoy, Mugatoo started a popular $1.90 favourite and finished strongly to down Sikandarabad ($10) by 1-1/4 lengths with Herengawe ($81) a close third.

The winner’s stablemate Mustajeer finished midfield and Lees said he would strip fitter for the run.

Mustajeer will head to the Kingston Town Stakes (2000m) at Randwick on September 19 before connections decide whether to stay in Sydney for the Metropolitan or head to Melbourne for the Turnbull Stakes.