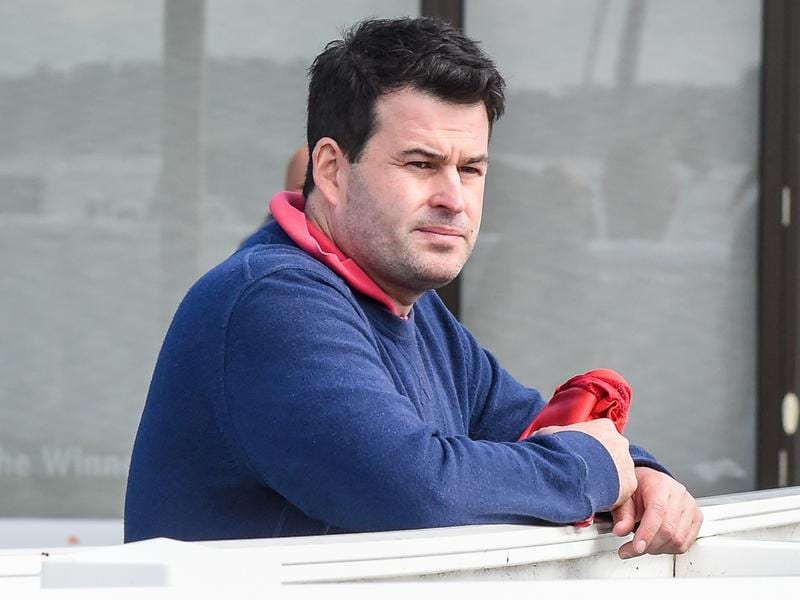 Henry Dwyer is hoping Ms Catherine can put a first-up disappointment behind her at Caulfield.

Trainer Henry Dwyer will give Ms Catherine another chance to show she is up to tackling stakes company when the filly races at Caulfield.

Dwyer is planning to start Ms Catherine in two stakes races at Caulfield next month, but first needs to see the filly is up to the task.

Ms Catherine runs in the Neds Same Race Multi on Saturday as a prelude to the Group Three Sir John Monash Stakes on July 11 and the Group Three Bletchingly Stakes two weeks later.

Dwyer planned the four-start campaign for Ms Catherine who suffered her first defeat when beaten into third place when resuming at The Valley on June 13.

The trainer blamed the shifting surface at The Valley and while the track is rated in the soft range again on Saturday, Dwyer believes it will suit Ms Catherine.

Apprentice Georgina Cartwright, who has ridden the filly in her four previous outings, takes the ride again.

“I thought she was a little bit disappointing at The Valley,” Dwyer said.

“I’m hoping she improves with that run and getting back on a slightly better surface she might be able to turn it around.

“Georgie rides her and takes the two kilos off again, so we’ll see how she goes.”

Despite that Valley defeat, Ms Catherine rises sharply in weight on Saturday in a race restricted again to three-year-olds.

However Ms Catherine is the $5 top elect ahead of the Godolphin-owned Acumen at $5.50 with Flostar and Proper Rogue the $8 third favourites.