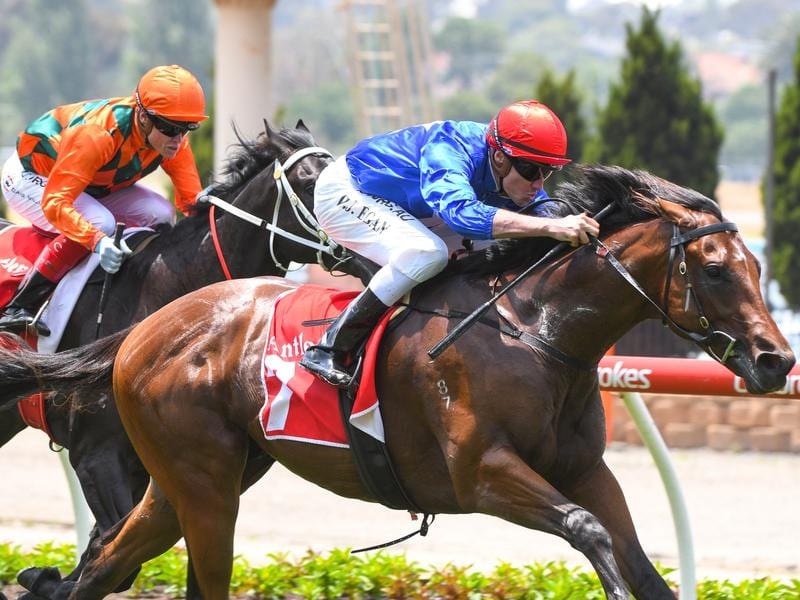 Mr Cashman was a horse syndicator Joe O’Neill says oozed class and one he wanted to own.

That decision was vindicated with the debut win of Mr Cashman in the Antler Luggage Plate (1200m) at The Valley on Saturday.

O’Neill first saw Mr Cashman at Cornerstone Stud in South Australia before parting with $37,500 to purchase the colt at the 2018 Magic Million National Weanling Sale.

As with a number of the O’Neill-owned horses, Patrick Payne was entrusted with preparing the youngster.

“His sister had a bit of ability and I love Epaulette as a stallion,” O’Neill said.

“He wasn’t a big colt, I don’t like big heavy horses and he was always going to be a medium-sized horse.

“He had a lovely head on him and when I watched him walk I thought ‘you have a bit of class about you’.

“Patrick’s liked him from day one and the first time he rode him he said everything this horse does tells me he’s a good horse.”

Previous winners of Saturday’s race have included stakes winners Headwater, Tulip and Yes Yes Yes and O’Neill hopes Mr Cashman can live up to those lofty heights by potentially being a Blue Diamond contender in February.

Apprentice Michael Poy was transported to Royal Melbourne Hospital for precautionary x-rays to a lower leg after being dislodged from Always Chattin’ who put on a rodeo exhibition soon after the start.