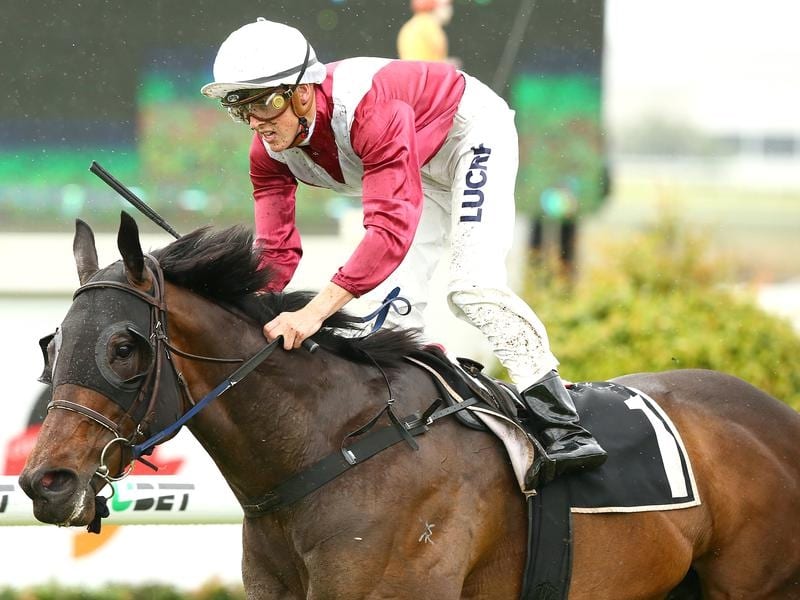 Consistent gelding Mr Bellagio gets a belated opportunity to make his stakes race debut at Ipswich, when he tackles the Listed Eye Liner Stakes.

The last open company black-type race of the season in Queensland also presents Mr Bellagio with a chance to win over 1200m for the first time on Saturday.

One of the oldest feature races in Queensland was originally known as the Canty Stakes before being renamed after champion two-year-old Eye Liner in the late 1960s.

Since 2007 it has been run at 1350m but the revised winter schedule has seen it reduced to its original distance.

Mr Bellagio has won nine of his 36 starts but has been unsuccessful at all of his ten starts over Saturday’s trip.

However, the gelding has run seven minor placings at 1200m including several where he was beaten by narrow margins.

Mr Bellagio has proved a real bargain as since being bought for $25,000 by original trainer Liam Birchley.

Trained by Toby and Trent Edmonds since late last year, Mr Bellagio has earned $285,500 in prize money including three wins and three placings from eight starts in his new home.

He completed a hat-trick of wins and scored his first open company victory at the Gold Coast on May 22.

Toby Edmonds said Mr Bellagio had been kept fresh since his last run.

“He had a trial two weeks ago where he ran third. We had him entered for the Ramornie at Grafton but he didn’t run when we expected a dry track,” he said.

“It was a pity because I think it was first time in something like 20 years we didn’t have a runner at the Grafton meeting.”

Mr Bellagio has drawn barrier 12 but Edmonds is not overly concerned.

“For some reason they can come wide in the straight at Ipswich. I would like to see a drop of rain and then he will be really hard to beat.

“He was unplaced at his only Ipswich run a year ago when he had 60.5 kg. He drops to the minimum of 54kg here.”

A win would complete a top season for the fledging father-son partnership which has amassed 132 winners including a first Group One with Tyzone in the Stradbroke Handicap.

“It’s been by far our best season and we have 20 yearlings already set to go as two-year-olds next season,” Edmonds said.

Robbie Fradd, who won the Stradbroke on Tyzone, will ride Mr Bellagio.