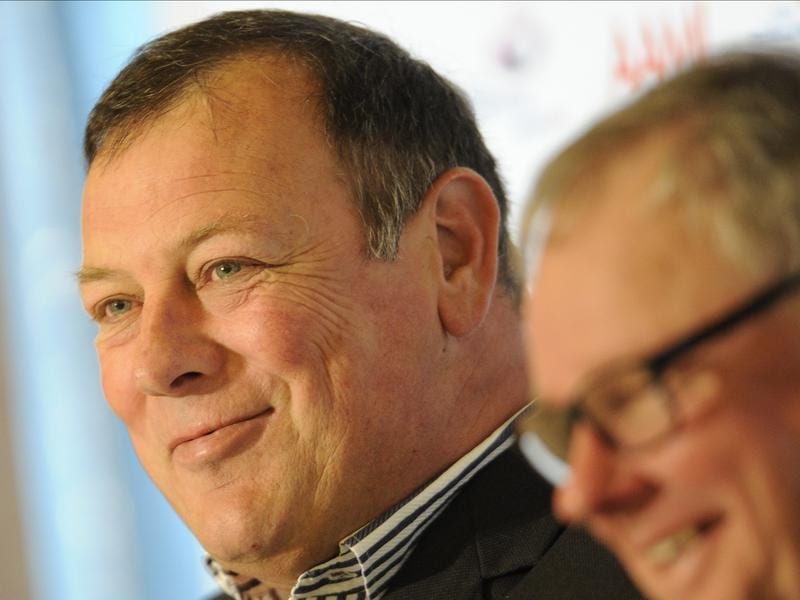 Mike Moroney will be out to go one better with Milwaukee in the All Victorian Sprint Series Final.

Narrowly beaten in the All Victorian Sprint Series Final a year ago, the Mike Moroney-trained Milwaukee will be striving to go one better in his second attempt at winning the straight-track Listed race at Flemington.

Milwaukee was second to Malibu Style in last year’s edition and that pair are among a field of 10 for Saturday’s 1200m race, one of three Listed races on the program.

Six-year-old Milwaukee heads in off a last-start eighth in an 1100m handicap at Flemington on June 20 but struck traffic at a crucial stage with 200m to run which affected his momentum.

Despite the gelding having not won since June last year, Moroney believes he is still going well enough to figure in this type of company if he gets the right luck.

“He’s down in the weights now and is coming off a pretty luckless run last start,” Moroney said.

“He and Rich Charm both got held up.

“We’re going on the fact we think the horse is still going really well.”

I Am Someone, who won that key lead-up race at Flemington two weeks ago, was the $4.60 favourite on Thursday with Milwaukee at $8.

Milwaukee is one of three runners for Moroney on Saturday’s program which features the finals of a host of winter series races.

Moroney rates in-form Chapada as his best chance on the program in the Banjo Paterson Series Final (2600m) in which the stayer is the $2.60 favourite and will be out to turn the tables on Lord Belvedere who beat him over 2540m last start.

“He’s got a bit stronger this time around and he’s hardly run a bad race this preparation,” Moroney said.

“He’s trained on well and we can’t fault him.”

In the Listed Winter Championship Series Final, Mr Marathon Man is one of the outsiders and Moroney believes a wide barrier draw is not ideal for the import.

“He needs a good barrier draw to help him and he’s drawn out again so that’s going to make it very tough,” Moroney said.

“I will say that the most relaxed piece of work I’ve seen him do was this Tuesday so if he can take that to race day and just get some cover from that draw and relax at the right time, he’s got the talent.

“He’s got to learn to relax and do it at the right end.”