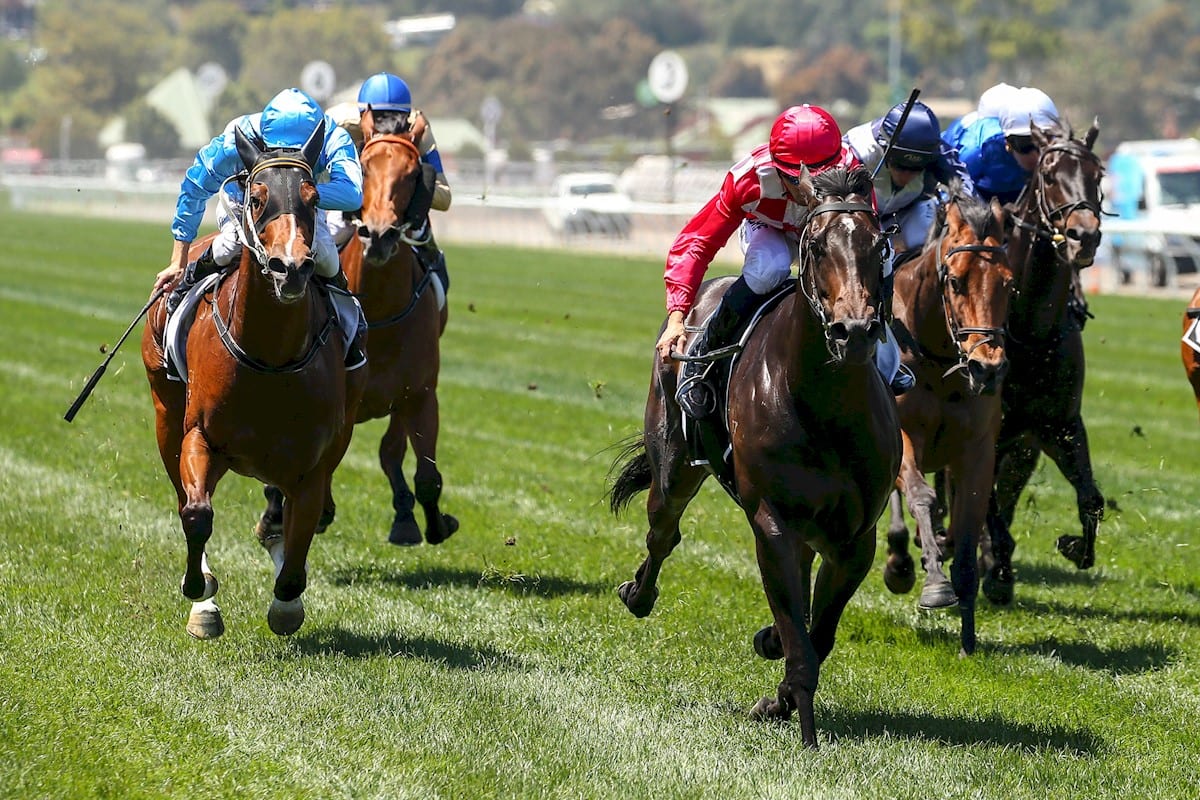 SUPERSTAR jockey Joao Moreira has an early Derby Day win under his belt after steering $2.70 favourite Sheidel to victory in the Sensis Stakes.

The jockey they call the ‘Magic Man’ showed every ounce of his riding wizardry to get the short-priced favourite over the line in a photo finish to nose out top weighted Wild Rain and bolter Private Secretary.

The win was Sheidel’s 14th from 24 starts, which also includes five minor placings.

Moreira, who said it was “great to be back here and winning races”, said he was confident from the jump that the mare had her rivals beaten.

“She won the race at the start, she was just too fast out and obviously I wasn’t told to be out in front, but she was left in front by herself easy,” Moreira said.

“When I asked for her, she responded very well and showed off what she’s capable of doing.”

The David Hayes-trained Perth import has now firmed in from $51 at Sportsbet.com.au to $26 for the Darley Classic on November 5.

Hayes said no decision had been made on the mare’s future, but added that he had a potential superstar in his stable.

“We’re thrilled with her,” Hayes said.

“She’s just a little fighter. A couple of those losses she’s had with me she’s been genuinely unlucky.

“I think she’s a Group 1 mare and she’ll probably get her chance at the end of the week to see if she is.

“We’ll see how she pulls up, but if we’re happy with her we’ll certainly look at it (Darley Classic).”