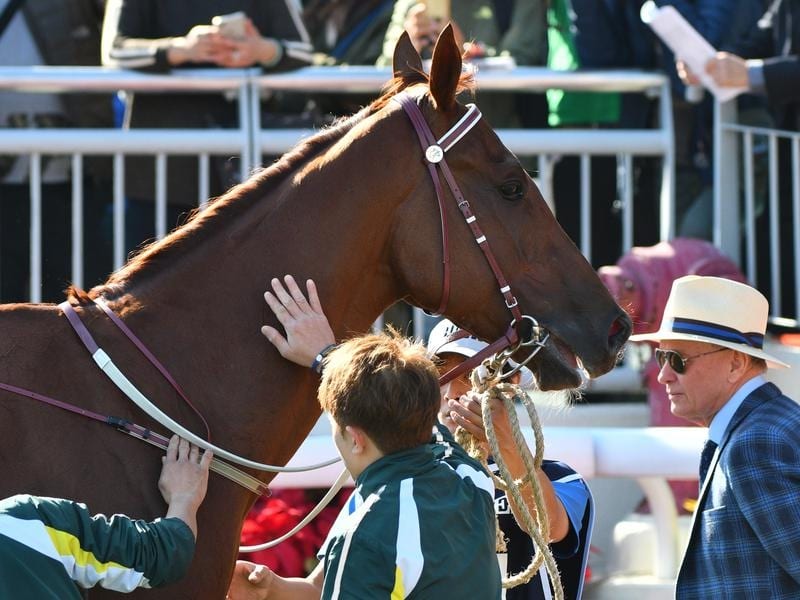 The curtain has come down on the Hong Kong career of seven times champion trainer John Moore.

John Moore drew a blank during the final day of the Hong Kong racing season as the legendary trainer prepares to continue his career in his native Australia.

Moore had five runners for his Hong Kong swan song, but all finished unplaced.

He is set to train in partnership with his brother Gary out of stables at Rosehill in Sydney in 2020-21.

Moore is a seven times champion trainer, but Hong Kong Jockey Club rules dictate that retirement is compulsory at the age of 70.

Horses such as Viva Pataca and Xtension also featured for the trainer over the years.

Australian jockey Zac Purton, who is Beauty Generation’s regular rider and is fresh from winning another Hong Kong riders’ title, said Moore would be missed.

“It’s going to be very hard to replace him. I don’t know if you can replace like for like,” Purton said.

Racing in Hong Kong will resume with the 2020-21 season opener at Sha Tin on Saturday, September 5.

Purton set the seal on his championship-winning season when he rode a double on Wednesday’s final card of the campaign at Happy Valley.