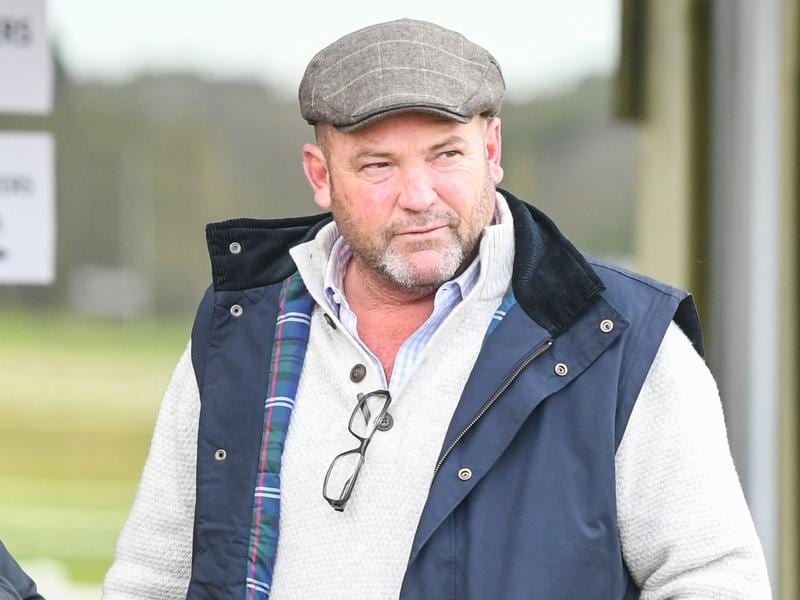 Peter Moody has a spring in his step as he continues to rebuild his training career.

The five-year-old carried the colours of the Ramsey family for whom Moody has trained from the start of his remarkable career.

The trainer-owner duo have combined with great success over the years, winning feature races with horses such as Cinque Cento and Sky Cuddle.

In Good Health was previously under the care of John Ramsey at Scone before she was sent to Moody.

He was not surprised by her win, pointing out the mare did not have to improve much from her debut third for the stable at Flemington last month.

“I’ll chase black-type with her over the spring.”

In Good Health’s victory in Wednesday’s Ladbroke Switch Handicap gave jockey Luke Nolen a winning double as earlier in the day he was successful on another Pakenham-trained galloper, Ears The Barman for Phillip Stokes.

Moody said a month ago he did not have a spring Cups prospect but since then he had acquired two horses who he would aim towards the major races.

They are 2020 Auckland Cup winner Platinum Invador, who arrived at his stables this week, and recent Irish Group Three winner Nickajack Cave.

Damien Oliver continued his stellar start to the new racing season with a winning double on Protection Money and Approach Discreet.

The win by Approach Discreet gave comeback trainer Adrian McGregor his first success in Melbourne since 2006.

McGregor also had stints as a trainer in Tasmania and New South Wales before he stopped training in 2014.

He returned to the ranks recently and Approach Discreet is the only horse he has taken to the races for a strikerate of three starts for two placings and a win.