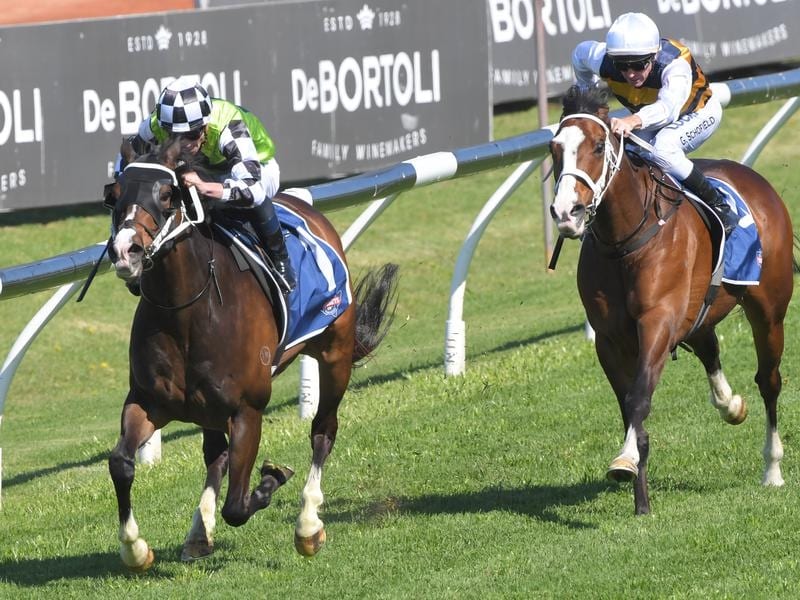 Mister Sea Wolf has continued the winning run of trainer Chris Waller and jockey James McDonald with his victory In the Group Two Shannon Stakes at Rosehill.

Waller and McDonald combined to win Friday night’s Group One Moir Stakes at The Valley in Melbourne with Nature Strip and returned to Sydney for Saturday’s meeting at Rosehill.

The Waller-grained fan favourite Tom Melbourne ($12) was another half length third after leading for much of the 1500 metres.

While the runner-up will run in next Saturday’s Group One Epsom Handicap, Waller said Mister Sea Wolf was not the right sort of horse to do so.

“It’s unlikely. You’ll see if you look at his form he needs to have his races spaced three to four weeks,” he said

“He puts a bit into his races and he has a few secondary problems after a race where his legs puff up and things like that so you’re always dealing with something.

“With him we’ve found giving him three to four weeks is best so we’ll probably look at something during that time.”

While Mister Sea Wolf will not head to the Epsom, jockey Brenton Avdulla said Gem Song had shown he would be spot on.

“I thought he did a good job,” Avdulla said.

” Obviously he began well and the speed wasn’t quick so I allowed him to stride forward. I reckon he’s a top-five show next week for sure.”

The Kris Lees-trained Gem Song is an $11 chance in the Epsom with Te Akau Shark retaining favouritism at $5.