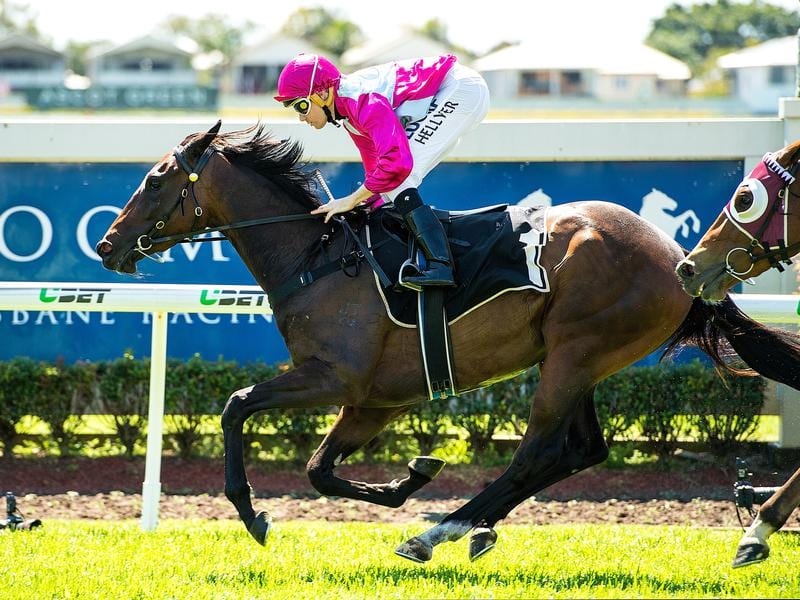 Michael Hellyer rides Baccarat Baby in her attempt at a local victory in the Sunshine Coast Gneas.

Michael Hellyer is confident he can deliver only the second hometown victory in the Group Three Sunshine Coast Guineas.

Hellyer will ride Saturday’s favourite Baccarat Baby who has been the best performed Queensland three-year-old this winter.

The jockey’s first stakes win was on Tuskegee Hawk for Len Treloar in the 2011 Guineas.

It is the only time a locally trained three-year-old has taken the 1600m-race.

Baccarat Baby won the Listed Princess Stakes at the Sunshine Coast in April and has since run second in both the Fred Best Classic and Queensland Guineas.

The filly was well beaten in the Group One Tatt’s Tiara last Saturday but Hellyer believes there were excuses and she can make amends a week later.

“She was never on the track from a wide barrier,” he said.

“Baccarat Baby is unbeaten in three runs at the Sunshine Coast and a wet track would be no worry.”

Hellyer has been on Baccarat Baby for five of her six wins and trainer David Vandyke believes he has the key to the filly.

Baccarat Baby is at $3.10 in early markets ahead of the Ciaron Maher and David Eustace-trained Junipal who is at $4 to improve on his fifth in the Queensland Guineas.