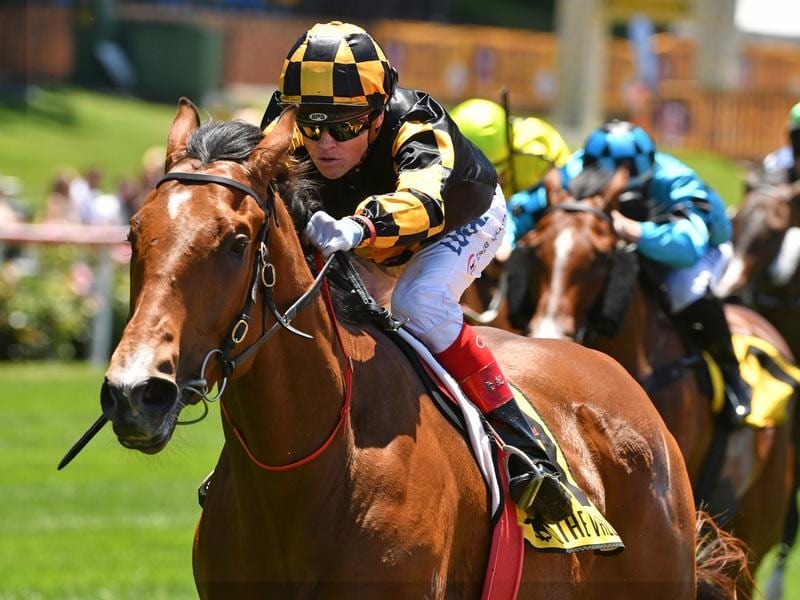 Trainer David Jolly has picked out two handicaps at Group One level as spring targets for Behemoth.

David Jolly is convinced rising five-year-old Behemoth has a big race win in him as the South Australian-based trainer prepares the sprinter-miler towards a new-season return and Group One assignments during spring.

Behemoth was a luckless second in last year’s Group One Goodwood (1200m) in Adelaide and finished fourth in the same Group One sprint at Morphettville at his most recent start on May 16.

He has won three of his 14 starts while last spring he finished fourth in the $7.5 million Golden Eagle in Sydney.

“He has probably been a bit unlucky in both Goodwoods,” Jolly said.

“He’s one of those horses who probably races better back off them with a bit of cover and The Goodwood is one of those races you have got to have a lot of luck in.

“Both editions he probably hasn’t had an enormous amount of luck but he’s obviously been competitive in those high-grade races.

“We’re thinking those bigger style of handicaps over 1400 metres to a mile over the spring will be suitable for him.

“I’m sure there’s a big win in him, he’s probably just one of those horses that needs a bit of luck in his races.”

Jolly said at this stage they were looking to kick off Behemoth’s preparation in either the Spring Stakes in Adelaide or in Melbourne in the Regal Roller Stakes.

“That could be dependent on the circumstances, but we’ve got him earmarked for a preparation in Melbourne and it’s just what we tackle first and whether we tackle one or two races here (in South Australia) before he gets 100 per cent mobile,” Jolly said.

“Because once he’s there (in Victoria) he’ll probably stay for a few runs.

“We’re hoping he’ll measure up in races like the Sir Rupert Clarke and Toorak (at Group One level).”

Jolly said he was also conscious of logistical issues relating to the COVID-19 pandemic.

“We’ve made a couple of inroads on how to do it and where to keep him because it could be a bit hard for myself to be going backwards and forwards,” he said.