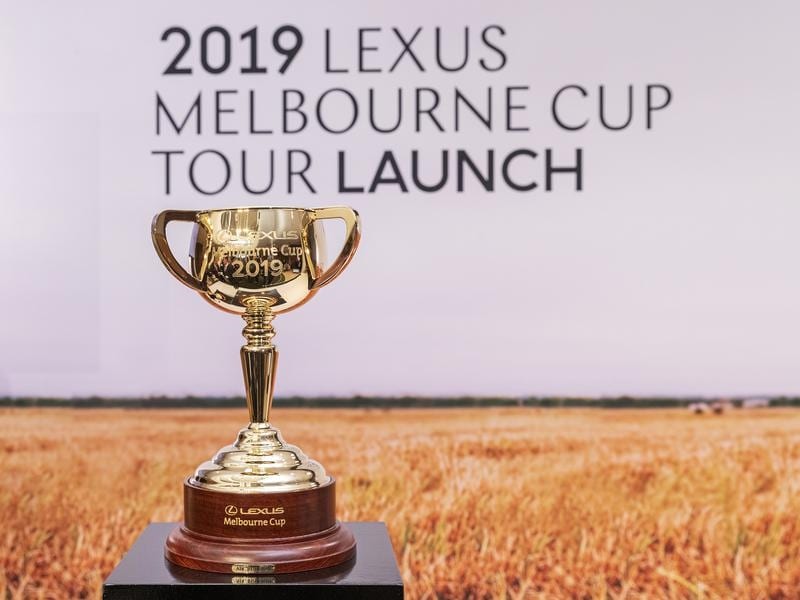 The 2019 Melbourne Cup will be taken on tour to 39 destinations in Australia and overseas.

Three-time winners Kerrin McEvoy and Damien Oliver will both be part of this year’s Melbourne Cup Tour, with the champion jockeys set to accompany the famous Cup to their respective home towns.

Sydney-based McEvoy, who won his third Cup last year on Godolphin-owned English horse Cross Counter, will travel to Streaky Bay in South Australia along with his family in early August to share the Cup with the community.

Streaky Bay is one of 39 destinations named on Tuesday that will be a part of this year’s Cup tour, with stops domestically at towns in Victoria, NSW, South Australia, Northern Territory, Western Australia, Queensland and Tasmania.

The Cup trophy will also have three stops in New Zealand, as well as Tokyo in Japan, York in England, Shanghai in China, and Singapore.

Oliver, whose most recent Melbourne Cup win came on Fiorente in 2013, is set to accompany the Cup on its stop in Perth next month.

“It’s something I’m really looking forward to,” Oliver said at Flemington on Tuesday at the announcement of the Melbourne Cup Tour destinations.

The Victoria Racing Club has announced this year’s tour will also feature a new concept, the Melbourne Cup Tour National Sweep, in which 24 of the rural and regional destinations across the country will be allocated a barrier for this year’s race.

Barriers will be drawn at random throughout the tour and the town which draws the barrier coinciding with the winner of this year’s race will receive $50,000 to be put towards a charity for a local community initiative.

“This exciting initiative will add to the Cup Tour experience for communities across Australia,” VRC chairman Amanda Elliott said.