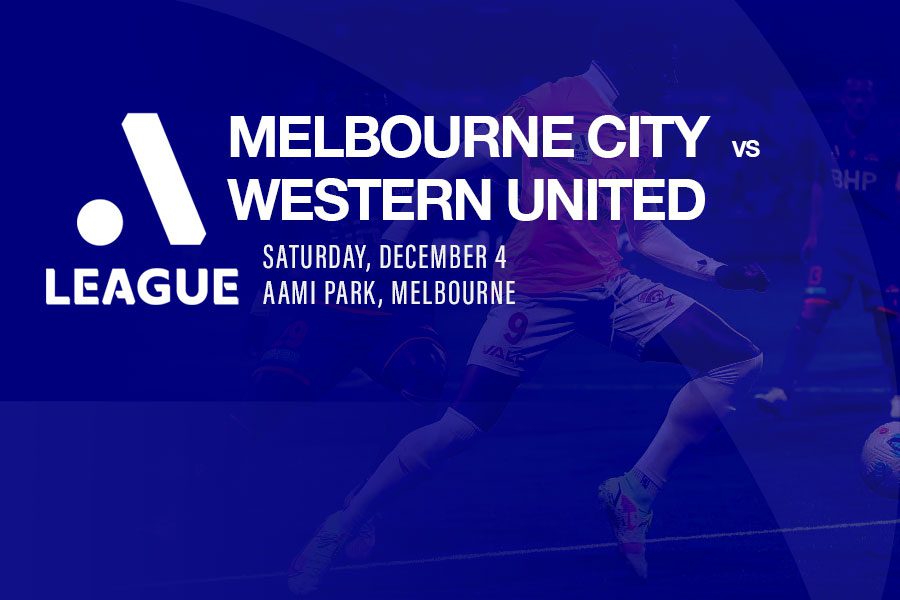 One of the marquee matchups of Matchweek 3 of the A-League Men season sees Melbourne City and Western United duke it out for bragging rights in a Victorian derby on Saturday night.

Melbourne City will (1-1-0) will be hurting following their 2-2 draw with Adelaide United last week having gone up by 2-0 in the 61st minute. Despite the result, Jamie Maclaren broke his three-game streak without bagging a goal, whilst Andrew Nabbout got a much-needed confidence boost with a goal and an assist to his name.

What will concern City manager Patrick Kisnorbo is the ease with which Adelaide got back into the game, with City’s defence conceding twice in the final 12 minutes. Despite the growing talent of keeper Thomas Glover, he was the reason behind the 90th-minute equaliser as his bundled pass out from defence allowed Adelaide’s Ben Halloran to chip the ball into an open net.

Western United (1-0-1) managed to pick up their first win of the 2021/22 A-League Men season last weekend, beating Perth Glory 1-0 after Dylan Wenzel-Halls came off the bench and then netted the winner in the 78th minute. Despite all the praise going to him, it was the United defence that stood up against a Glory attack that boasted the likes of Bruno Fornaroli.

History is against United heading into this clash, with City claiming five of their six encounters to date. However, when these two teams met back in April this year, it was the A-League newcomers that walked away 2-1 victors. With both sides going separate ways in terms of results since then, Western United will have their backs against the wall on Saturday, but as they have shown in their short existence, it is a situation where they often produce results.

The market may have this as a genuinely one-sided affair, but we think it will be a bit closer than what the money suggests. While Melbourne City should walk away victors, it will not be as easy as you would like to see from a $1.50 favourite. With proven quality up front like Maclaren, Nabbout and Matthew Leckie, City should have the answers for any questions United may pose. However, with a win to their name against Perth Glory last week, a confident Western United side will prove to be no easy beats. With $7 available for City to win 2-1, the value is hard to ignore.

We were with Maclaren to score first last week and he delivered the goods, and we anticipate he will repeat that effort here in front of his home crowd. The Socceroo has a hunger for goals, and with three points crucial for early-season momentum on the line for the reigning champions, Melbourne City and their fans will be hoping their star striker can lift them to a win. Western United tend to give opposition teams plenty of looks at goal, and it may be a cliché, but Maclaren only needs one chance to make sides pay.