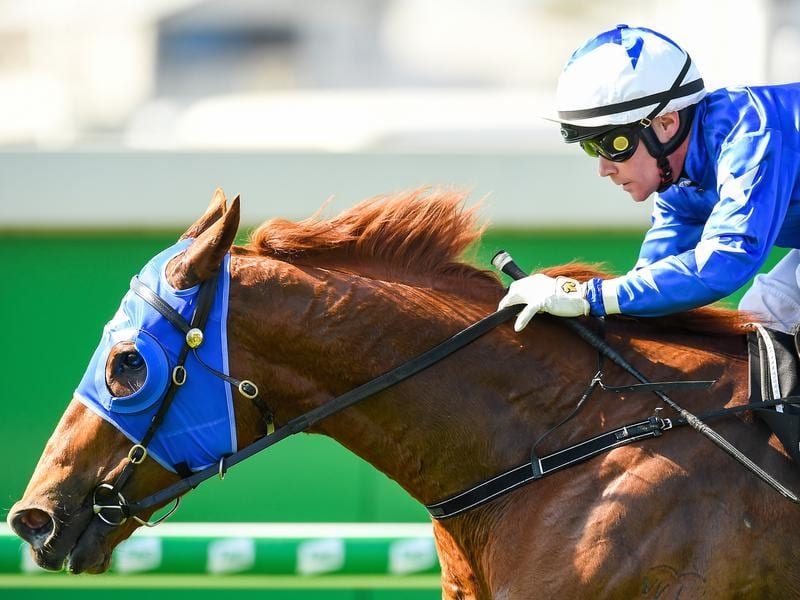 Odds-on favourite Meet Mr Taylor had to dig deep when resuming to win at Doomben.

Starting at $1.40, Meet Mr Taylor looked in trouble at the 150m mark but fought back to beat Publishing Power ($15) by three-quarters of a length in the VAE Group Handiap (1050m).

Meet Mr Taylor is now unbeaten in four first up runs and has an overall record of ten starts for eight wins.

The gelding has shown a trait throughout his career or letting horses run up to him in the straight before kicking away for a win.

He was up to the same trick and Schweida admitted he got a fright at the 150m when three other horses went to Meet Mr Taylor..

“I went ‘oh, oh we are in trouble’ but then he kicked away and won well. He was as strong on the line as he was at the 100m which is a good sign,” Schweida said.

“I think because he had a trial on Tuesday it took the edge off him. I didn’t really want to run today after trialling on Tuesday but when he drew barrier one we had to run.”

Schweida said Meet Mr Taylor would have his next run over 1100m at Doomben in a fortnight before any plans to take him to Sydney later in the spring.

Trainer Rex Lipp predicted there was plenty of improvement in Gem Of Scotland ($2.50) after she won the JLL Handicap (1100m).

“She isn’t there yet but she did what we expected. She jumped well enough to be up with the leaders and then ran on strongly,” Lipp said.

“I am under no pressure from the owners to go to Sydney but that is something we will look at.

“It was an above-average three-year-old today and she has beaten the well.”

Gem of Scotland has now won five of her seven starts.