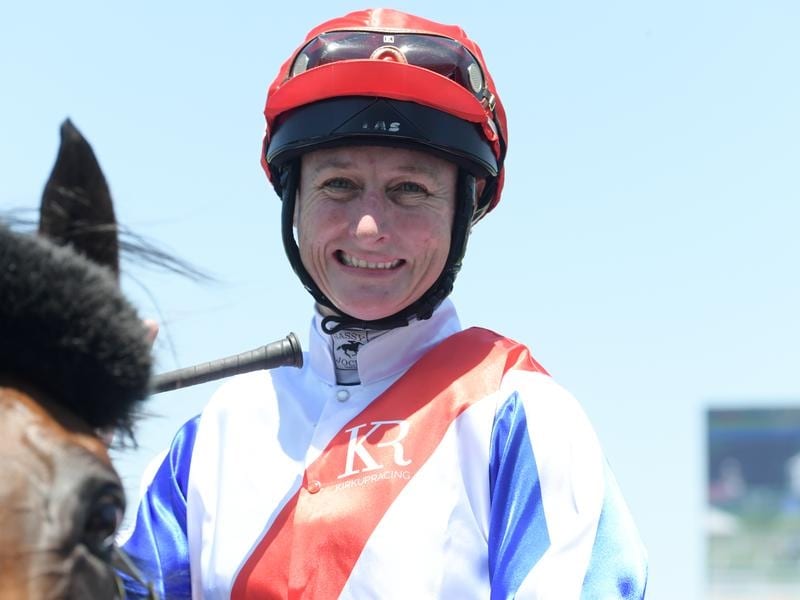 Jockey Linda Meech has a suspected broken collarbone as a result of a race fall at Geelong.

Jockey Linda Meech has been taken to hospital following a fall in the final race at Geelong.

Meech was dislodged from La Lova shortly after the start of Wednesday’s race, won by the short-priced Petrelle.

A Victorian Jockeys’ Association statement said Meech would have scans for a suspected broken collarbone.

Meech, who went winless on Wednesday, sits third on the Australian jockeys’ table with 116 winners and had a book of eight rides at Benalla on Thursday and three rides at Caulfield on Saturday.

Fellow jockey Brad Rawiller, who missed riding Think About Me following a barrier mishap before the first race on Wednesday, expects to be fit to ride at Benalla.

“Just a side note…after getting my ankle jammed up in the barrier today at Geelong it has responded well and I will be right to ride at Benalla tomorrow,” Rawiller tweeted.