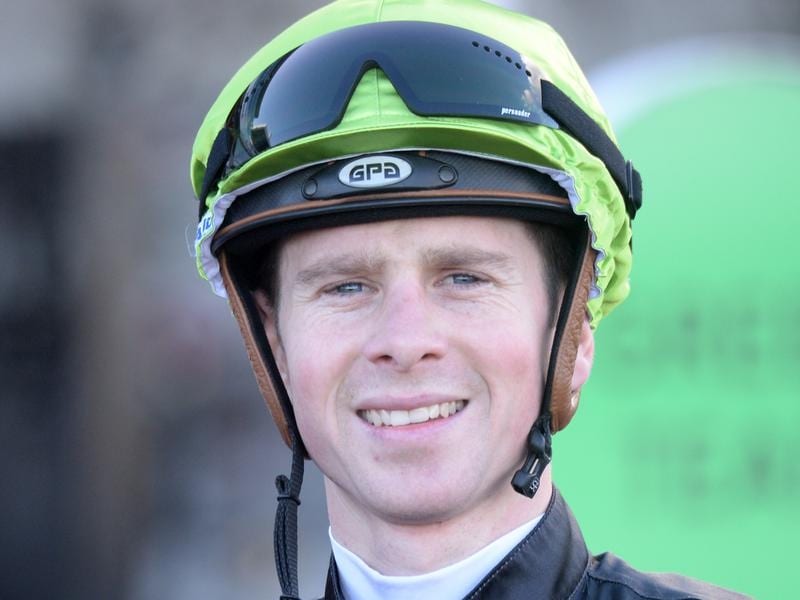 Jye McNeil has struck a hurdle in his bid to win the 2019-20 Victorian jockeys’ premiership.

Jye McNeil’s narrow lead in the Victorian premiership is under threat with the jockey set to miss the next 10 meetings after being suspended for careless riding at Bendigo.

McNeil rode a winning double at Flemington on Saturday to take his state-wide season tally to 123 as he battles with Daniel Stackhouse for Victorian premiership honours.

But the 25-year-old fell foul of stewards on Sunday when he was suspended after pleading guilty of careless riding aboard Sodalite near the 300m mark in the eighth race.

McNeil’s penalty starts immediately and, unless he appeals the severity and is successful, he is not scheduled to return to the saddle until July 2.

The suspension includes three metropolitan meetings and seven provincial fixtures with the Australian racing season to finish at the end of July.

Stackhouse rode one winner at Werribee on Sunday to move to 122 wins for the season in Victoria, one behind McNeil.

He is booked for seven rides at Tuesday’s Ballarat meeting and five at the Sandown city meeting on Wednesday.

Billy Egan is third in the Victorian standings on 96 wins.

McNeil is fourth in the Melbourne metropolitan standings with his two Flemington winners on Saturday aboard Persan and and Great Duchess taking his city tally for 2019-20 to 46.

Eight-time Melbourne premiership winner Craig Williams leads Damien Oliver in the metropolitan standings with that pair on 59 and 53 wins respectively.