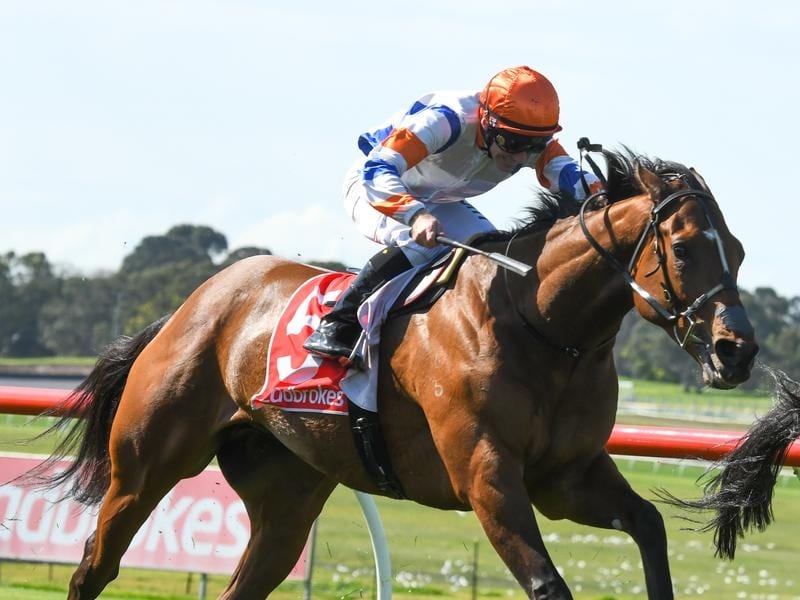 Quaffany has given Tony and Calvin McEvoy a flying start to their new training venture.

Tony McEvoy has trained countless doubles over his career but none more special than the one produced at Sandown.

McEvoy surprised his son Calvin by announcing at the South Australian Racing Awards last Saturday night that they would be forming a training partnership.

That was officially recognised on Monday with the pair’s first runners coming at Sandown and Gawler on Wednesday.

“I haven’t enjoyed a Wednesday like this for a long time,” McEvoy said.

“My wife Jo, Calvin and myself were bouncing around like kids in a lolly shop when Quaffany got up.

“It was so exciting and a win we’ll remember for quite a while and then to win with Lassiter, it was fantastic.”

Lassiter is unbeaten in three starts and McEvoy is now planning on getting the mare to stakes level later in the spring.

Looking woolly in the coat, Lassiter was a betting ring drifter before racing to 1-3/4 length win from Varda in the 1000m sprint.

“Her coat has got to really clean up and she loves being fresh, so we don’t have to panic and be in a rush, it’s a long spring.”

McEvoy is prepared to forgive Sun City after his third placing in The Big Screen Company Handicap under Lewis German while delighted with the way Yulong Savings finished off to run fourth behind Lucifer’s Reward.

“Sun City does jump in the air in his races but then I thought the young boy panicked a bit,” McEvoy said.

“He should have sat as they were just going too fast.

“The favourite (Vivaro) dropped out to run last and we battled on the run third, so I thought he was fantastic.

“Yulong Savings was good late and that will clean them both up.”

Luke Currie rode both winners while combining with Trent Busuttin and Natalie Young to win on Pierrocity in the Blue Star Print Handicap.