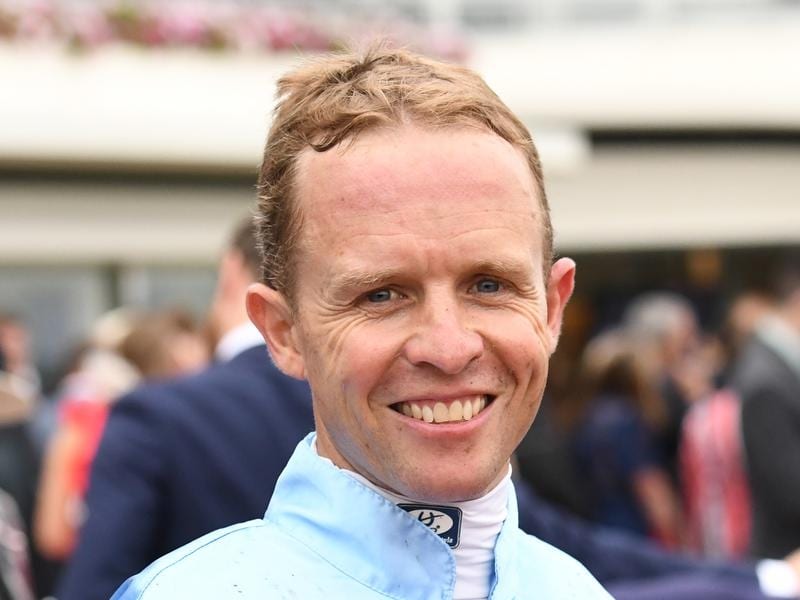 Kerrin McEvoy rides Blaze A Trail in the Silver Slipper, a pointer to the $3.5m Golden Slipper.

Kerrin McEvoy is not running scared of short-priced favourite Cellsabeel as he prepares to ride rival Blaze A Trail in a vital Golden Slipper lead-up at Rosehill.

The accomplished hoop, who won the 2011 juvenile showpiece aboard Sepoy, says the landscape can change quickly with two-year-olds, particularly four weeks out from the $3.5 million race.

While he has high regard for the Ciaron Maher and David Eustace-trained Cellsbaeel, a $1.60 fancy for Saturday and $6 Golden Slipper favourite, he says much can change, and quickly.

“She was visually very impressive winning at Rosehill a month or so ago,” McEvoy said of Cellsabeel.

“No doubt it’s going to take a good effort to beat the filly but there’s a lot of water to go under the bridge yet.”

Eight youngsters will be vying for a Golden Slipper berth via Saturday’s Group Two Silver Slipper (1100m), including McEvoy’s mount Blaze A Trail.

Trained by Peter and Paul Snowden, who like Maher and Eustace are enjoying a wonderful season with their juveniles, Blaze A Trail finished third in the Golden Gift at his only start in November, beating home Cellsabeel who was fourth.

McEvoy was not aboard for that run but said reports from the stable indicated the colt was more sensible this time in work.

“He was a little bit aggressive that day and raced a bit keen at the front end,” he said.

“He has come a long way mentally and Peter and Paul have echoed those words to me, this campaign he seems to have grown up a bit.

“I’m sure there is more to come from this horse.”

The colt is one of only 14 first-season progeny by multiple Group One winner Criterion who has proved to be sub-fertile.

Blaze A Trail has been retained to race by his breeder Sir Owen Glenn.

He shared the second line of TAB fixed odds betting on Friday at $7.50, alongside the Chris Waller-trained Breeders’ Plate winner Global Quest.

McEvoy is yet to lock in his Golden Slipper mount but he is looking forward to testing the credentials of Blaze A Trail on Saturday.

“Peter and Paul Snowden have got a nice bunch of two-year-olds so we’re just going to see how that pans out in terms of the Golden Slipper,” McEvoy said.