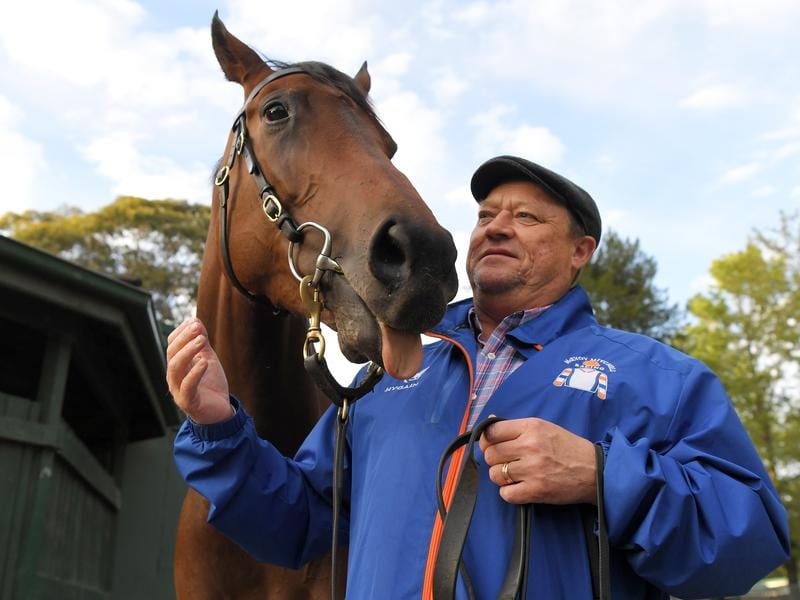 Tony McEvoy says Halogen is a much different horse to his older half-sister Sunlight (pictured).

The similarities between first-starter Halogen and his stakes-winning older half-sister Sunlight end with the pair having the same dam.

Halogen is set to run for the first time at The Valley on Saturday in the Antler Luggage Plate after co-trainer Tony McEvoy was forced to find a 1200m debut race for the two-year-old.

McEvoy, who trains in partnership with his son Calvin, said Halogen was shaping as a miler in the early stages of his career, whereas Sunlight, and her full-sister Sisstar, were sprinters.

Halogen is by Sebring while Sunlight and Sisstar are daughters of Zoustar with McEvoy splashing out $650,000 to purchase the two-year-old at the Australian Easter Yearling Sales in Sydney.

“I bought Sunlight, I bought the sister and I liked him enough to buy him,” McEvoy said.

“If he’s half as good as her (Sunlight) we’d be happy but there’s very few similarities between he and the other two.

“All they wanted to be was fast horses whereas he’s a miler and he’s finding everything a bit too sharp for him at the moment.

“So I thought we’d kick him off at 1200 metres as he’s more a Guineas-style horse than anything else.”

McEvoy said Halogen was a big, tall, rangy type with a bright future with the trainer holding out hope the colt will be a spring three-year-old.

But McEvoy said he was sending Halogen to The Valley on Saturday to get him used to the race day experience.

“He’s had two or three little preps and I’ve been really pleased with him, but the only thing I haven’t done is take him to the races,” McEvoy said.

“This is more for education, get him into the system, get him used to the race day experience and see where he takes us.

“He’s a nice horse, I think he’s got a bright future, but it’s probably all ahead of him and hopefully he’ll be a spring three-year-old.”

McEvoy said Sunlight was currently confined to box rest after undergoing surgery to remove a bone chip from a hind leg, the result of a paddock accident.

“She’s had her stitches out, everything looks clean, the wound looks good, so we’re pleased with how things are at this stage,” McEvoy said.