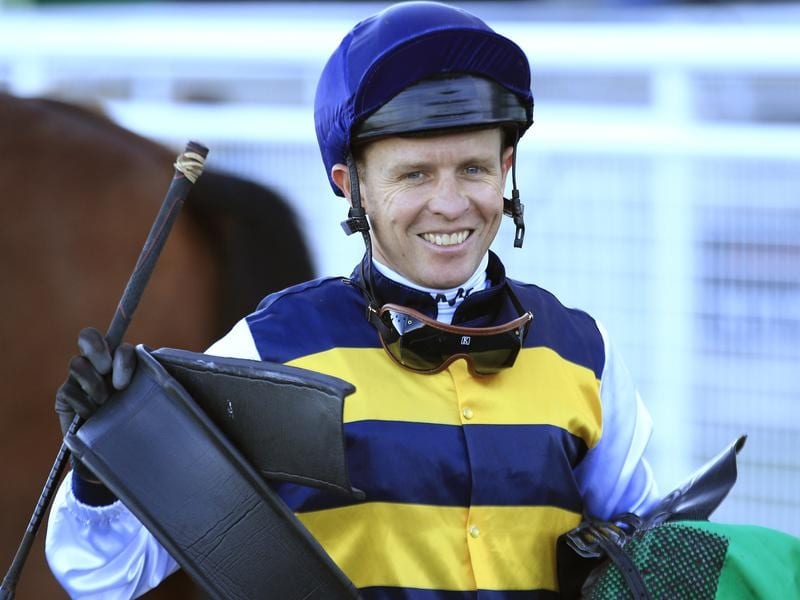 Kerrin McEvoy has a plum book of Rosehill rides led by Peltzer and Mugatoo in the feature races.

The form around unbeaten colt Peltzer has been standing up and Kerrin McEvoy says that is an encouraging signal that the three-year-old can be a spring force.

Peltzer will bid to deliver the newly minted training partnership of Gerald Ryan and Sterling Alexiou its first black-type success when he contests the Group Three San Domenico Stakes (1100m) at Rosehill on Saturday.

The colt had an unblemished record as a juvenile with a debut win at Kembla Grange and two impressive performances at Randwick.

While it was off-season form, Peltzer claimed a couple of high-profile scalps, including that of Anders, a dynamic first-up winner of The Rosebud and the early San Domenico favourite.

He also twice beat Overlord, who went on to finish fourth to star Queenslander Rothfire in the Group One J J Atkins Stakes.

“There have been plenty of horses come out and win who have finished behind him,” McEvoy said.

“They weren’t any top-line races he was winning last campaign but it was just the style he did it in and he feels as though he has done well since his spell.

“He put together some nice work on Tuesday since his most recent trial win. I’m really excited to see him back at the track.”

McEvoy has a busy afternoon at Rosehill with a full book of nine rides.

He will partner Aim for Peter and Paul Snowden in the Group Three Ming Dynasty Quality (1400m) and reunites with the Kris Lees-trained Mugatoo in the day’s other feature, the Group Three Premier’s Cup (1900m).

McEvoy rode the import in three of his autumn runs, which included a Canberra Cup win and Manion Cup placing, but Hugh Bowman was aboard for Mugatoo’s first-up Winter Challenge victory.

“He won well there a few weeks ago with Hughie on his back. He’s another horse I have ridden a bit and I’m looking forward to riding him again,” McEvoy said.

“It’s up in the air as to what races he is going to target but he is the sort of horse that could even freshen up for an Epsom and he might get into an Epsom with a likeable weight.”

With the scratching of Aliferous, Mugatoo will be among three Premier’s Cup runners for Lees along with Tancred Stakes runner-up Mustajeer and Frankely Awesome.