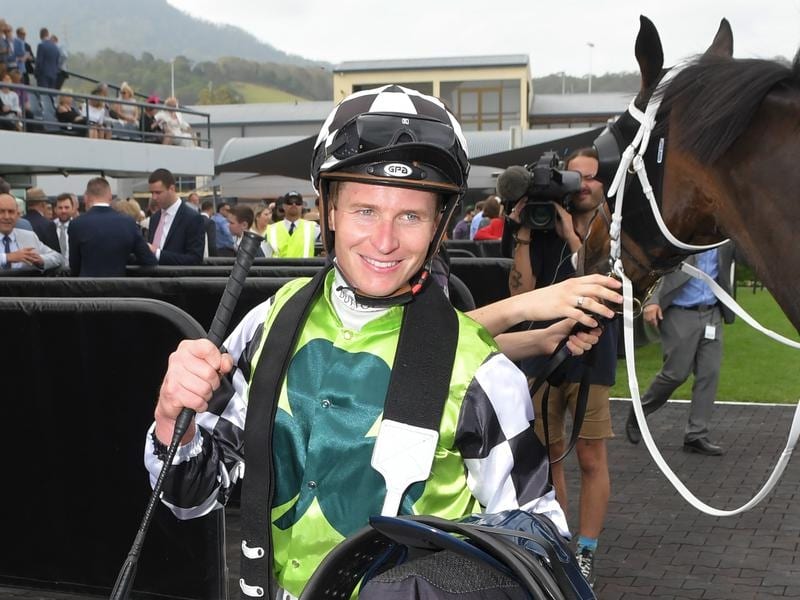 Jockey James McDonald will ride in Group One races at Ellerslie in NZ over the holiday season.

Premier Sydney jockey James McDonald will spend Christmas with his family in his native New Zealand before chasing feature race success at the Ellerslie carnival.

McDonald will ride Supera in the Group One Zabeel Classic (2000m) on Boxing Day for long-time supporter, Sir Peter Vela, and the star jockey will also compete at the New Year’s Day meeting which features the Group One Railway.

“Peter asked me to go over to ride Supera in the Group One Zabeel Classic on Boxing Day,” McDonald told NZ Racing Desk.

“The main reason for going was to have Christmas and a few days chilling out with my family, but now I’m also looking forward to riding Supera. She looks a smart mare.

“It would be very special and mean a lot to me if I could win on her for Peter.”

McDonald’s book of rides on January 1 includes Winter Bride for Gold Coast trainers Toby and Trent Edmonds in the Group One Railway (1200m).

McDonald won the 2018/19 Sydney premiership with 104 winners and holds a narrow lead over Nash Rawiller this season with 36.5 winners.