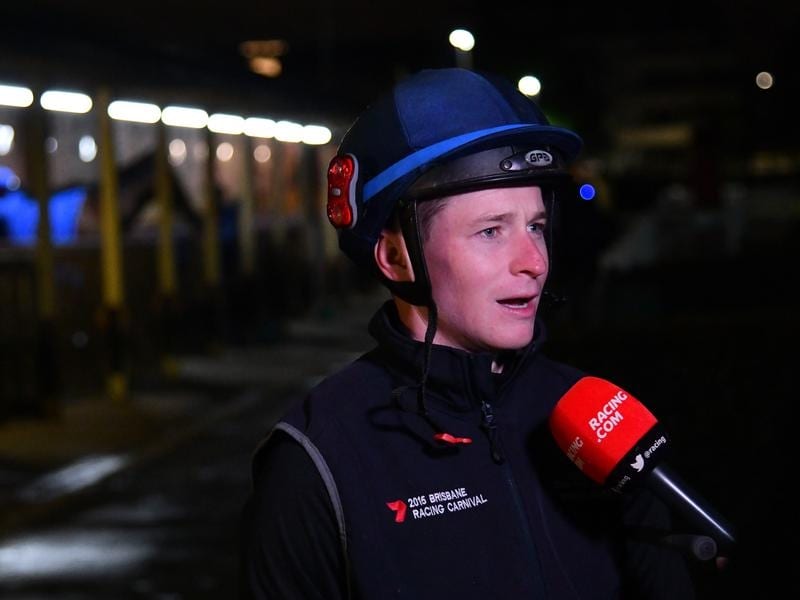 James McDonald can see similarities between Kubrick and his Guineas-winning sire Shooting To Win.

Star jockey James McDonald is confident Kubrick has what it takes to emulate his sire Shooting To Win in the Group One Caulfield Guineas.

McDonald has won two Caulfield Guineas, his first aboard Shooting To Win for trainers Peter and Paul Snowden five years ago and the other a year ago on the Chris Waller-trained The Autumn Sun.

Ahead of riding Kubrick in Saturday’s $2 million Guineas, McDonald says there are plenty of similarities between that colt and his sire.

“They are very similar, actually, both in looks and attitude,” McDonald said.

“They carry themselves so similarly too, it’s quite weird.

“Probably Shooting To Win was a bit more laid-back and needed blinkers, but this fella is similar for sure.”

McDonald rode the Waller-trained Kubrick early on Tuesday morning when the colt got his first look around the Caulfield circuit in a course proper gallop with older stablemate, Group One Toorak Handicap contender Night’s Watch.

Kubrick’s chances have been dealt a blow with the colt drawing the third widest barrier in a capacity field of 16 plus three emergencies.

Favourite Dalasan has drawn even wider.

McDonald was pleased with how Kubrick handled Caulfield which has been tricky at times for horses coming from Sydney.

“He got around Caulfield really, really well but he’s a really professional, well-balanced colt so I didn’t think there would be an issue,” McDonald said.

“That gallop this morning was pretty good and he’s ready for a peak performance, that’s for sure.

Kubrick was runner-up in the Group One J J Atkins Stakes over 1600m for two-year-olds in Brisbane in June and has finished fourth and fifth respectively in the Run To The Rose (1200m) and Group One Golden Rose (1400m) in Sydney this campaign.

“I think it’s a winnable Guineas and I think I’m on the right horse.”